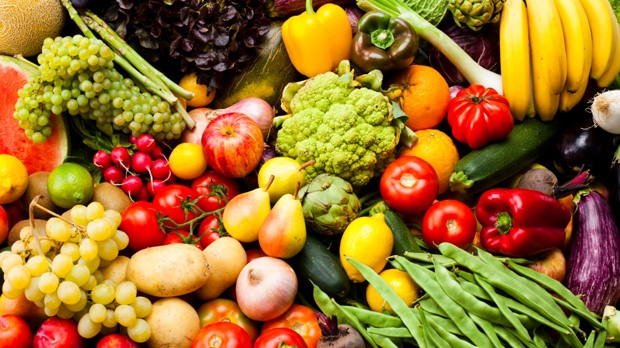 TORONTO -- After years of relentless price wars, Canadian supermarket chains are experimenting with fresh ideas to fend off a new competitive threat, food stores for the health conscious.

While U.S. retailers like Target and Walmart have grabbed much of the attention in Canada, another battle is being waged in the produce section, one of the few bastions of the food industry that hasn't been reduced to rock-bottom prices to attract customers.

"It's a very competitive market, no question about it," Sobeys president and CEO Marc Poulin said in a recent interview at the company's headquarters in Mississauga, Ont.

"We continuously strive to give better pricing to our consumers ... but at the same time, price is not the only thing they're looking for in a supermarket."

Last month, Sobeys (TSX:EMP.A) launched a partnership with British celebrity chef Jamie Oliver designed to encourage Canadians to eat healthier. It's one of company's most ambitious promotional campaigns, anchored by sales of Oliver-branded food items like pasta sauces and seasonings, as well as kitchenware.

While Sobeys says the goal is to promote better quality meals, it's also designed to attract the kind of shoppers who favour organic products from high-end grocers like Whole Foods Market over the bigger chains.

Loblaw (TSX:L) is following a similar approach with the launch of Nutshell Live Life Well, a health food test store that will open in downtown Toronto this fall.

"Consumers are always looking for something that's different," said Daniel Baer, a retail analyst at Ernst and Young.

"You have to have some differentiator, otherwise people will go to the lowest cost."

The latest figures from Statistics Canada paint an image of the changing food habits of Canadian shoppers. Retail sales at grocery stores declined 0.6 per cent to $6.3 billion in July over the previous month, and a steeper drop of 1.3 per cent from a year earlier.

However, specialty food stores -- which include sales at fruit and vegetable as well as meat markets -- saw consumers spend more money at their checkouts in same periods, even though it represented a much smaller portion of the market.

Overall spending in the specialty food sector rose 0.8 per cent month over month to $439 million while July sales jumped 7.4 per cent compared with a year ago.

So far, neither of the big U.S. retailers has taken much notice of the changing trends. Target Canada doesn't stock fruits and vegetables in its limited food section, while Walmart has been gradually expanding its produce offerings as it rolls our the larger supercentre format.

"Some U.S. retailers have a very set way of doing things and they don't want to move off their formula," Poulin said.

"It creates opportunities for other retailers."

Sobeys and Loblaws certainly aren't the only ones who believe that fresh food has a bright future.

Industry players have been buzzing for months about the possibility that U.S. webstore Amazon.com Inc. could be the next one to join the produce game in Canada with its AmazonFresh brand.

The service offers shipment of food items directly to customer's homes, a part of the grocery business that hasn't been tapped by any company in Canada outside of major cities.

While direct delivery is a low priority for Canadian grocers at this time, it could become another area there they have to act fast to avoid losing market share to another U.S. retailer.

In the meantime, the grocers are putting most of their time and money into massive consolidations of the market in an attempt to lower overall costs and increase buying power with manufacturers.

In June, Sobeys reached an agreement to buy the Canadian assets of U.S. grocer Safeway for $5.8 billion, a deal that will expand its reach in key urban markets in Western Canada. The deal still requires the approval of the Competition Bureau.

Quickly on its heels, Loblaw secured an agreement to buy Shoppers Drug Mart Corp. (TSX:SC) for $12.4 billion in cash and stock that is also still under review by the federal competition agency.

The wave of consolidation puts increased pressure on Metro (TSX:MRU) to make its own strategic move, though nothing has materialized yet.

Loblaw president Vicente Trius told a Scotiabank conference last month that the increase of square footage, an industry barometer that uses retail floor space to gauge competitive pressure, has been on the upswing with the entry of U.S. retailers.

"Right now you have a consumer that's spending a little bit less," he said. "My gut feel is this is going to level off, but you will have a very competitive environment" for the next eight months, he added.