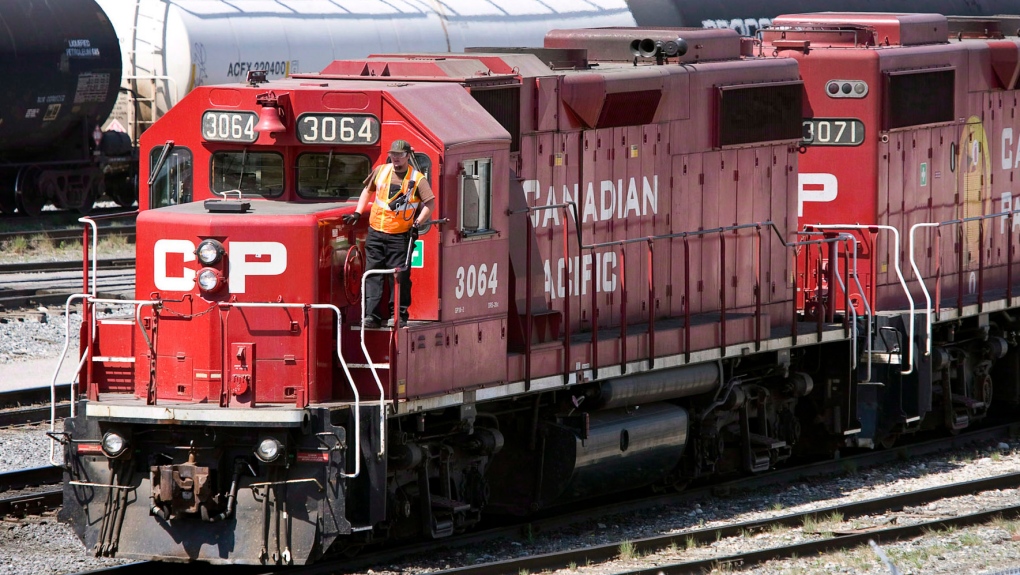 CALGARY -- Canadian Pacific Railway Ltd. says it earned a fourth-quarter profit of $664 million, up from a profit of $545 million in the same period a year earlier.

Revenue for the quarter totalled nearly $2.07 billion, up from nearly $2.01 billion in the same quarter a year earlier.

Analysts on average had expected a profit of $4.66 per share for the quarter and $2.02 billion in revenue, according to financial markets data firm Refinitiv.

CP Rail's operating ratio, an industry metric where a lower ratio means more efficient operations, rose to 57.0 per cent for the last three months of 2019 compared with 56.5 per cent in the fourth quarter of 2018.

"CP's strong operational performance and commitment to controlling costs enabled the railway to be successful despite headwinds to our bulk franchise," CP Rail chief executive Keith Creel said in a statement.

"We continue to take a disciplined approach to sustainable, profitable growth -- a plan rooted in the foundations of precision scheduled railroading. This approach in 2019 enabled CP to once again deliver its highest-ever revenues and the lowest-ever yearly operating ratio."

In its outlook for 2020, the railway said it expected single-digit to low double-digit adjusted diluted earnings per share growth relative to 2019.

Volume growth this year is expected to be in the mid-single digits as measured by revenue ton miles, while capital expenditures are forecast at $1.6 billion.

This report by The Canadian Press was first published Jan. 29, 2020.

This is a corrected story. An earlier version incorrectly stated CP Rail's full year revenue for 2018 and 2019.