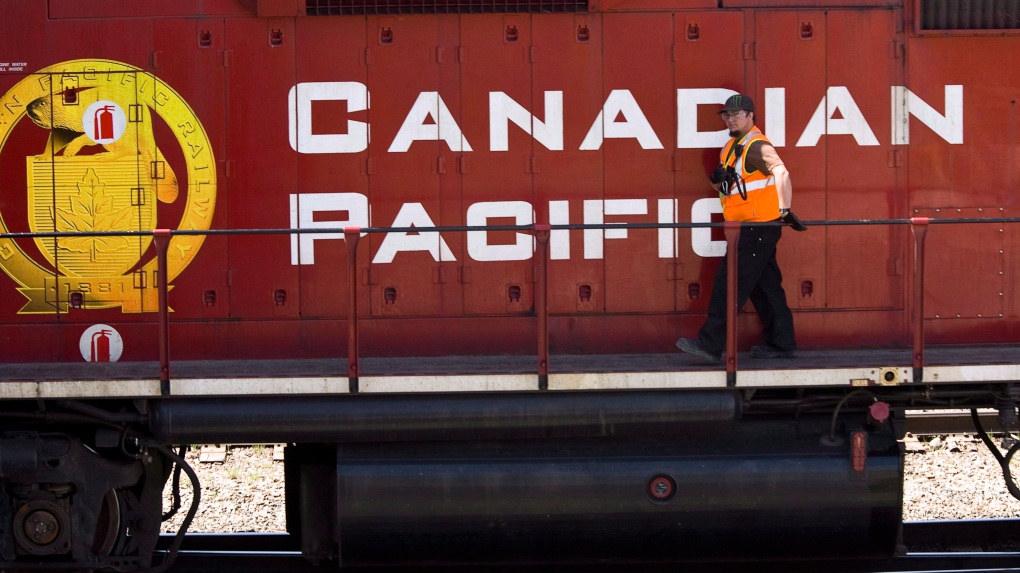 A Canadian Pacific Railway employee walks along the side of a locomotive in a marshalling yard in Calgary, Wednesday, May 16, 2012. THE CANADIAN PRESS/Jeff McIntosh
CALGARY -

Canadian Pacific Railway Ltd. says it earned $532 million in its latest quarter, down from $802 million in the same quarter a year earlier.

On an adjusted basis, CP says it earned 95 cents per diluted share for the quarter, down from $1.01 a year earlier.

Its operating ratio, a key industry measure of railroad efficiency where a lower number is considered better, increased to 59.2 per cent from 53.9 per cent.

The company says its operating ratio in the fourth quarter included $36 million in costs related to the acquisition of Kansas City Southern, a US$31-billion deal that paves the way for North America's only railroad stretching through Canada, the U.S., and Mexico.

The deal closed into voting trust in December, but is still awaiting final approval from U.S. regulators.