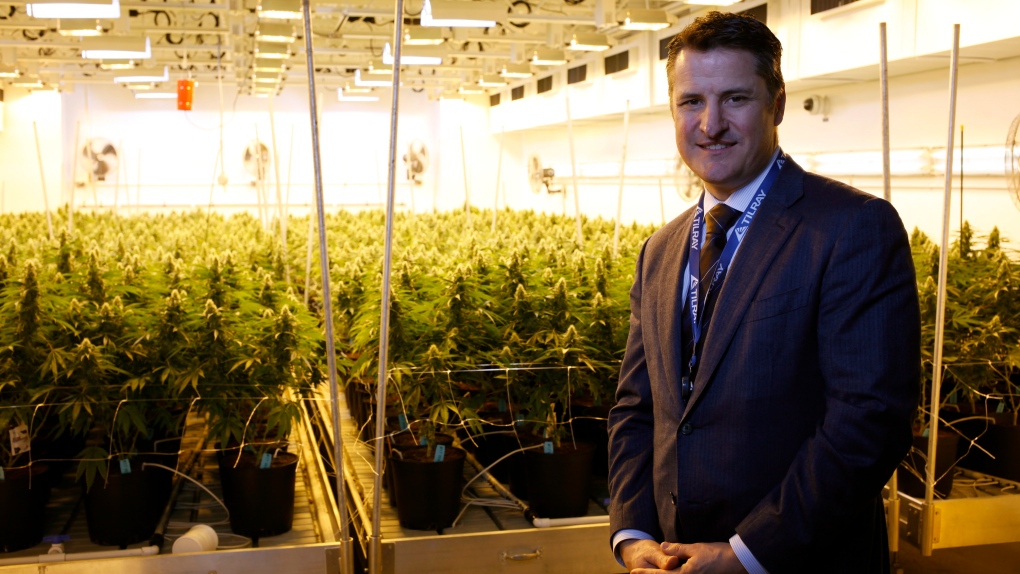 SEATTLE -- A Canadian company is the first marijuana business to complete an initial public offering on a major U.S. stock exchange, raising $153 million to expand its operations as Canada prepares to legalize the drug nationwide.

British Columbia-based Tilray Inc.'s shares began trading Thursday on the Nasdaq stock exchange. Initially priced at $17, the stock quickly jumped, closing for the day at $22.55 - up about one-third.

Tilray isn't the first pot company to trade on a major American stock exchange, but it is the first to do so with an IPO, a step that could boost credibility and confidence in the industry, said John Kagia, an analyst with the marijuana market research firm New Frontier Data.

"It's another high-profile marker of how the cannabis industry is maturing and professionalizing," he said.

Nine U.S states and Washington, D.C., have legalized the recreational use of marijuana and about two-thirds have legal medical marijuana. But American cannabis companies have been unable to list on major U.S. exchanges because of the drug's illegal status under federal law. Instead, some have gone public in Canada by being acquired by companies there.

Medical marijuana is legal in Canada, and on Oct. 17, the country will become the first major industrialized nation to legalize its production and sale for recreational use. Uruguay is the only other country to do so.

Tilray doesn't do business in the U.S., but has been licensed to produce cannabis for medical use in Canada and Portugal. In documents filed with the U.S. Securities and Exchange Commission, it said it has sold marijuana to "tens of thousands of patients in 10 countries spanning five continents through our subsidiaries in Australia, Canada and Germany and through agreements with established pharmaceutical distributors."

Chris Barry, a partner at the Dorsey and Whitney law firm in Seattle, handles marijuana investment deals and mergers in the U.S. and Canada. He noted that major institutional investors, including the century-old New York investment bank Cowen, were involved in Tilray's IPO.

"You wouldn't be able to do an offering of that size without institutional participation," Barry said. "The lesson is that the institutions will be there if you have a good business plan and your business is 100 per cent legal in the jurisdiction you're in."

Tilray plans to use the money to build additional marijuana growing and processing capacity in Ontario, and to repay Privateer Holdings, the Seattle-based private equity firm that controls it.

The IPO "signifies tremendous validation for Tilray as a company, but really for the entire sector," Tilray Chief Executive Brendan Kennedy said in a phone interview Thursday. "It gives us access to large pools of capital, capital that feeds the global paradigm shift taking place."

That said, analysts will be watching to see how the Canadian marijuana stocks perform in the U.S. Many are concerned that the companies may be overvalued amid excitement around what amounts to a newly legitimate industry with vast growth potential, Kagia said. Canada's recreational marijuana market is expected to be worth between $5 billion and $9 billion.

"Right now a lot of investment has been highly speculative. Those valuations feel a little supercharged," Kagia said. "We expect some kind of correction in the near future."