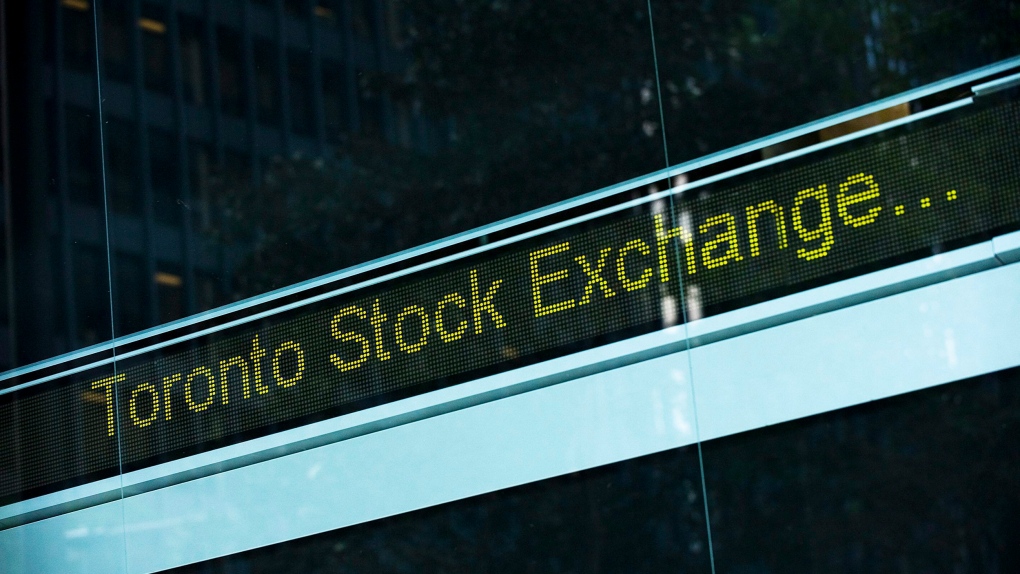 A Toronto Stock Exchange ticker is seen at The Exchange Tower. (The Canadian Press/Aaron Vincent Elkaim)

TORONTO -- The Canadian dollar touched a five-week high Wednesday after the U.S. Federal Reserve's signal of no interest rate cuts next year hurt the greenback and supported American stock markets.

The Canadian currency benefited from the U.S. greenback sinking after the U.S. central bank kept its interest rate unchanged as expected but indicated that rates are unlikely to move over the next 12 months.

"The statement is a little bit dovish and I think that's the reason why you're seeing the fairly significant selloff in the U.S. dollar and by extension the strong rally that we're seeing in gold, copper and energy coming off the bottom here," said Mike Archibald, associate portfolio Manager with AGF Investments Inc.

A weakened U.S. dollar is beneficial for Canada and commodities.

"The commodity looks very good to me and has held above some key technical levels and looks like it could break out here," he said in an interview.

"I think there's a good chance in the next month or two that energy is going to be in a really good place and should claw back some of the losses that we've seen here in 2019."

Energy was lower on the day with shares of Crescent Point Energy Corp. falling 1.4 per cent as larger than expected U.S. inventories last week hurt prices.

It was one of seven of the 11 major sectors on the TSX to fall.

Real estate had its worst performance of the year, dropping 2.4 per cent. Defensive sectors like real estate usually rise when bond yields decrease but the opposite took place on Wednesday, said Archibald.

"To my way of thinking the market is starting to price in this idea that 2020 is going to be a little bit better in terms of growth than was 2019 and if that's the case then you should start to see those defensive sectors of the market that have done very well start to underperform a little bit. It's part of what's happened today."

Materials gained 1.4 per cent with Yamana Gold Inc. and First Quantum Minerals Ltd. up 3.8 and 3.4 per cent respectively on higher metals prices, including palladium hitting a record high and copper reaching its best level since May 7.