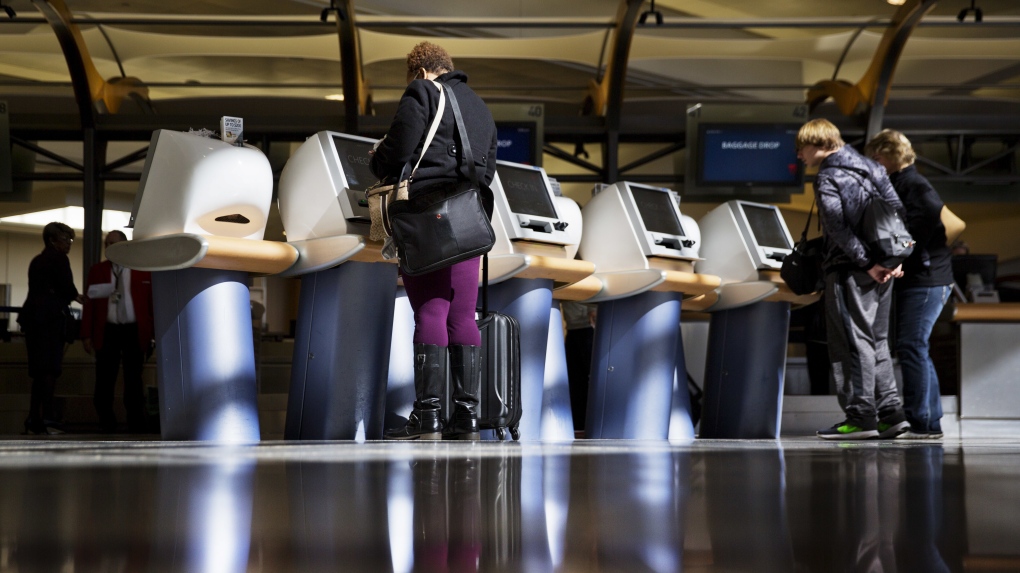 Canada's largest airlines are awaiting details from the federal government before they follow their U.S. counterparts in allowing travellers to choose gender designations outside the traditional "male" and "female" check-in categories.

Major U.S. airlines said last week they will change their ticketing process so that passengers can identify themselves along non-binary lines, representing a victory for advocates of transgender recognition.

In 2017, Ottawa announced that travellers will be able to specify their gender with an "X" on their passport, instead of "F" for female or "M" for male.

The website for Immigration, Refugees and Citizenship Canada says the change is coming "soon." Until then, passengers can request an "observation text" free of charge on their passport that notes their sex should be marked as "X," said Mathieu Genest, press secretary to Immigration Minister Ahmed Hussen.

"IRCC is working diligently to introduce the 'X' gender identifier in its official documents," Genest said in an email.

The National Airlines Council of Canada, which represents Air Canada, WestJet Airlines Ltd. and other companies, told The Canadian Press Monday that members are "awaiting developments and details" on the plan before altering their check-in systems.

U.S.-based airlines American, Delta and United confirmed Friday they are in the process of updating their booking tools to add less conventional gender categories, such as "Mx." or "undisclosed," implementing them in the next several weeks.

The airlines are making the check-in change despite resistance to non-binary passport options from the U.S. State Department.

A lengthy legal battle saw U.S. Navy veteran Dana Zzyym, who identifies as neither male nor female, fight to get a passport without having to designate a gender.

A federal court ruled in September that the State Department could not deny a passport to Zyyym, who was born with ambiguous sex characteristics.

Helene Montreuil, a lawyer and trans advocate based in Quebec City, said aligning government-issued IDs with self-perception is both a psychological and a practical matter.

"It's a question of how you see yourself, how you interact with the world," said Montreuil.

"I'd prefer to have an 'F' on my passport and to present myself as a woman...In Saudi Arabia, if your gender does not match, the (Canadian) government can do nothing for you."

"For international travel we need to know whether other governments and other airline partners will recognize this designation," said Air Canada spokesman Peter Fitzpatrick.

"We are actively working on this and we do intend to eventually offer a non-binary option to our customers," he said.

Transat A.T. spokesman Christophe Hennebelle said that "acting without proper planning and consultation may make travel very complicated for our non-binary passengers, which is the last thing we want."

A potential mismatch between provincially issued ID, such as a driver's licence or birth certificate, and passports remains another possible problem.

Residents of British Columbia, Alberta, Ontario and the Northwest Territories who consider themselves neither male nor female now have the right to use an "X" to designate their gender on IDs, which could clash with current passports.

Residents of other provinces that haven't taken the step could face the same problem in reverse down the line, once passports include a non-binary option.