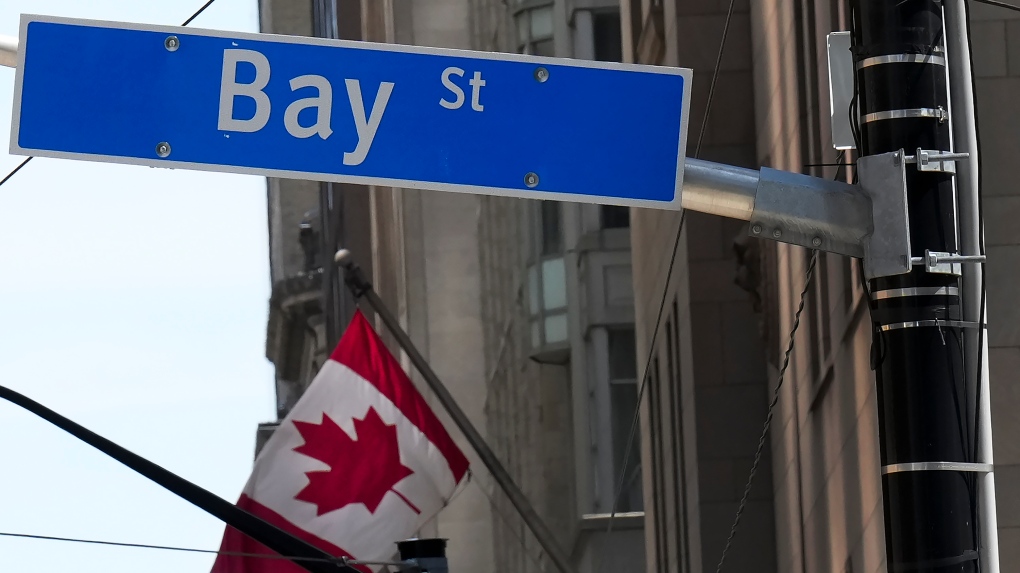 The Bay Street Financial District is shown with the Canadian flag in Toronto on Friday, August 5, 2022. THE CANADIAN PRESS/Nathan Denette
TORONTO -

The S&P/TSX composite index snapped a six-day losing streak Wednesday as it made substantial gains along with U.S. markets after U.S. Treasury yields retreated on speculation central banks may ease up on restrictive, inflation-fighting policies.

Markets in Canada and the U.S. were up around two per cent on the day after the Bank of England said it would buy government debt to stabilize the economy, fuelling the sense of a potential wider reversal, said Greg Taylor, chief investment officer of Purpose Investments.

“This morning started off with some pretty big moves with the Bank of England coming out and basically reversing policy and starting to buy back bonds to try and stabilize the currency,” said Taylor.

“I think that added a little bit of comfort in the markets, essentially getting close to a sign that globally, central banks are going to do some sort of pivot and back off their hawkish stance.”

“This has got to be one of the bigger intraday percentage moves you've seen in bonds in a long time,” said Taylor. “That's a pretty big deal and what it might be signalling is we're really reaching the peak of that hawkishness, that the Fed's been really aggressive and talking rate hikes, and now we are seeing a glimmer that maybe we've hit the max.”

Taylor said the energy sector also likely got a boost from the energy crisis in Europe, which looked worse after suspected sabotage of the Nord Stream pipelines on Tuesday.

Rising oil and gas prices helped push up the S&P/TSX energy index by 4.05 per cent, including gains of 4.5 per cent from Suncor Energy Inc. and 9.2 per cent from Tamarack Valley Energy Ltd.

Rising gold prices helped push the S&P/TSX global gold index up 5.7 per cent, including gains of 5.2 per cent for Barrick Gold Corp. and 6.4 per cent for Kinross Gold Corp.

The Canadian dollar traded for 73.21 cents US compared with the more than two-year low of 72.85 cents US reached on Tuesday as it got a bounce from equity gains along with a boost in commodities, but especially from the dip in the U.S. dollar, said Taylor.

“The big thing is it's all U.S. dollar related, that given some of the moves in bond yields and in the fears of a global recession, people moved toward the U.S. as a safe haven asset. That really crushed every other currency in relative terms. So as people start to move back a little bit from that, all the other currencies are benefiting.”