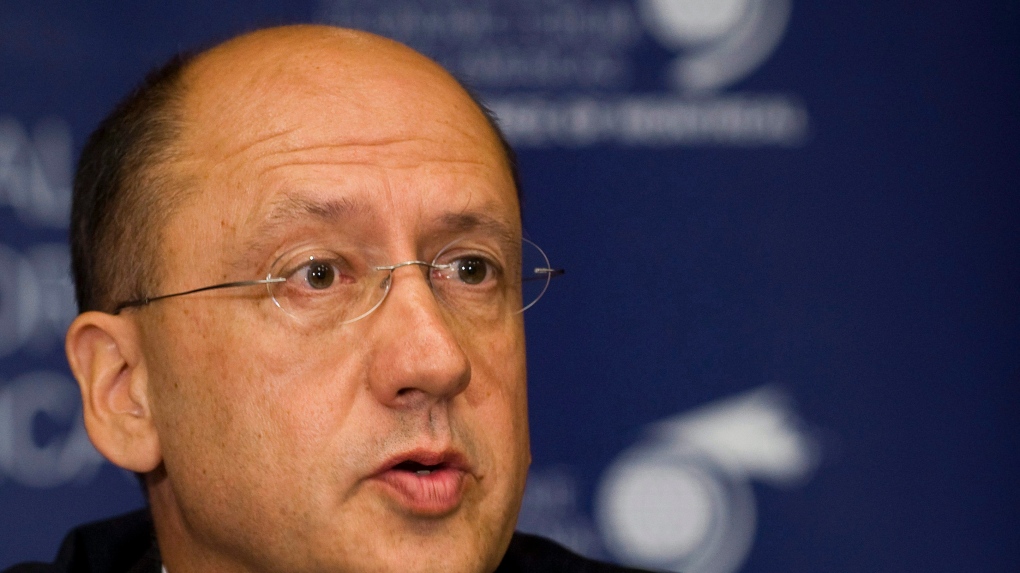 President and CEO of Garda World Stephan Cretier speaks at a news conference at the International Economic Forum of the Americas in Montreal, Wednesday, June 8, 2011. THE CANADIAN PRESS/Graham Hughes

MONTREAL -- Private equity firm BC Partners touted on Tuesday its $5.2-billion deal to buy a majority stake in Montreal-based GardaWorld as the largest private buyout in Canadian history.

The transaction will see the London-based firm take on a 51 per cent interest in GardaWorld, whose chief executive Stephan Cretier and other management team members will own the rest.

Cretier's high minority stake marks a shift from recent years. The founder's share of the multinational global security company was about 26 per cent in 2012, when GardaWorld went private, and climbed to about 39 per cent in 2017.

In a phone interview from Dubai, Cretier told The Canadian Press that becoming a majority shareholder would be his "next step" in the coming years.

"We want to be the owners. That's what makes a difference when we sit down with customers and employees. We act as owners. That's a lot of value, I think," he said, though a majority of the company remains in foreign hands.

BC Partners is buying its stake from Rhone Capital, which in turn bought its interest from Apax Partners LLP in 2017.

Self-described as the largest privately-owned security firm in the world, it has 92,000 employees across 46 countries.

GardaWorld made headlines in April after its Belgium office was raided in connection with an investigation by France's national financial crimes unit, but maintained it was not the target of the probe, noting it had not been criminally charged.

Last February, GardaWorld touted the "strongest fourth quarter in its history" with revenues of about $800 million and an adjusted operating income of about $100 million.