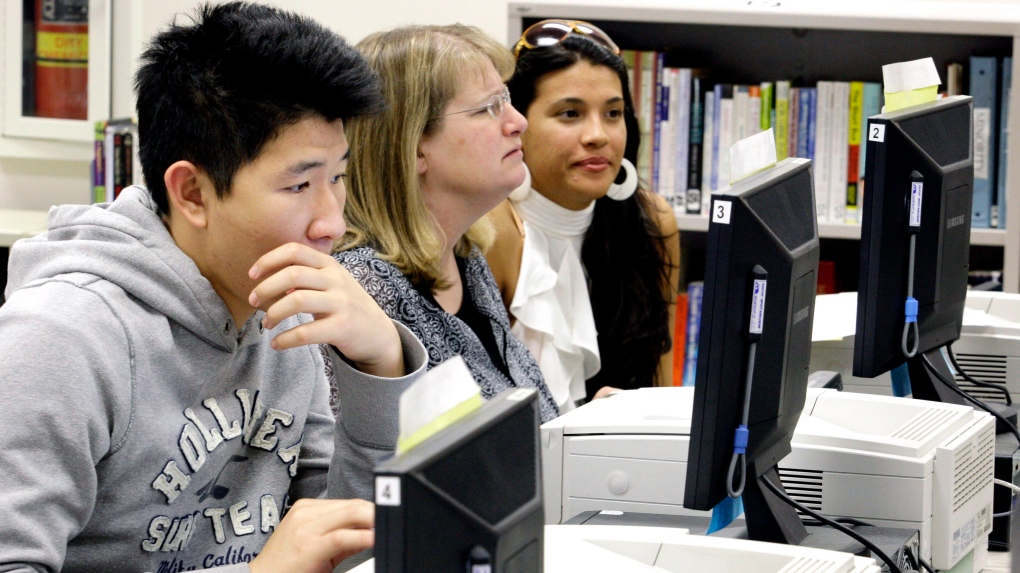 TORONTO -- Canadian girls and boys are about equally as likely to have summer jobs but young females on average earn roughly 30 per cent less than their male counterparts, a recent survey suggests.

In line with the adult workforce, the poll for Girl Guides of Canada also finds girls clustered in lower-paid "pink ghetto" jobs -- for example babysitting, compared with yard work.

The Ipsos survey asked 1,203 Canadians aged 12 to 18 via an online poll about their summer work in 2018. The results are published in a report by Girl Guides called "Girls on the job: Realities in Canada."

About 35 per cent of girls surveyed said they had a full- or part-time summer job -- and almost as many worked in an informal setting for family, friends, or neighbours.

"It looks like the gender wage gap doesn't just affect adult women," the report states. "It affects girls as young as age 12."

"Girls and boys have different experiences on the job and how they're paid," the report states.

"This fact shows how important it is to consider that girls from marginalized communities are often more vulnerable to gender-based violence," the report states. "For older girls, while they may be seen as near-adults, they're still young and many are navigating the workforce and new social dynamics for the first time."

On the more positive side, about 45 per cent of girls surveyed said they were very satisfied with their pay, more than half said they gained skills to help in a future career, and 17 per cent said they met a mentor at work.

According to the polling industry's generally accepted standards, online surveys cannot be assigned a margin of error because they do not randomly sample the population.

Jill Zelmanovits, CEO of Girl Guides of Canada, said the survey was the first study of its kind in Canada. What's not clear is why the gender disparity it points to exists at such a young age, she said in an interview on Wednesday.

"What we do know is that it does mirror what we see in the work force for women later," Zelmanovits said. "(It) does lead one to possibly consider that it is a conditioning that then carries through for girls into their careers as women."

The report offers advice for employers: Scrutinize hiring practices to avoid bias, pay fairly and ensure the workplace is free of sexual harassment. Parents are urged to talk daughters about money and pay, encourage their girls to speak up at work, and support non-traditional choices.

It also urges girls to see their time as a valuable resource, to get comfortable talking about pay, and to know they have a right to feel safe at work.

Girls said it – they’re experiencing gender inequity in the workplace. Based on our research, girls who worked 40 hours a week for two months potentially made almost $1000 less than boys who worked the same amount of time. #LetGirlsGuide pic.twitter.com/NvFrMg9zE9