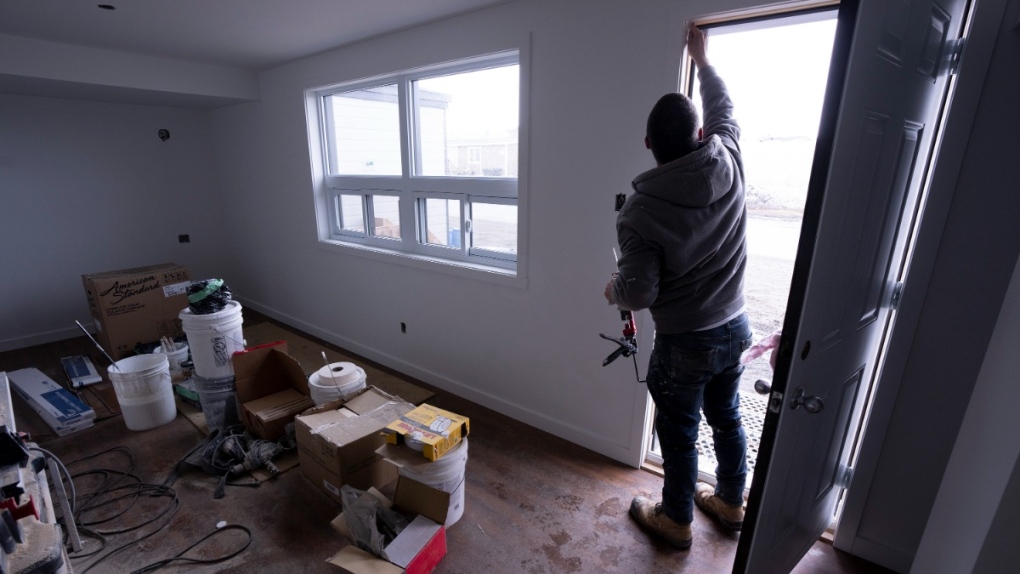 Pascal Landry works on a door frame at a new construction in Kuujjuaq, Que., on May 11, 2022. (Adrian Wyld / THE CANADIAN PRESS)
OTTAWA -

The housing agency says the seasonally adjusted annual rate of housing starts in April was 267,330 units, up from 248,389 in March.

The increase came as the annual rate of urban starts rose 10 per cent to 245,324 units in April.

Rural starts were estimated at a seasonally adjusted annual rate of 22,006 units.

The six-month moving average of the monthly seasonally adjusted annual rate of housing starts was 257,846 units in April, up from 253,226 in March.

This report by The Canadian Press was first published May 16, 2022