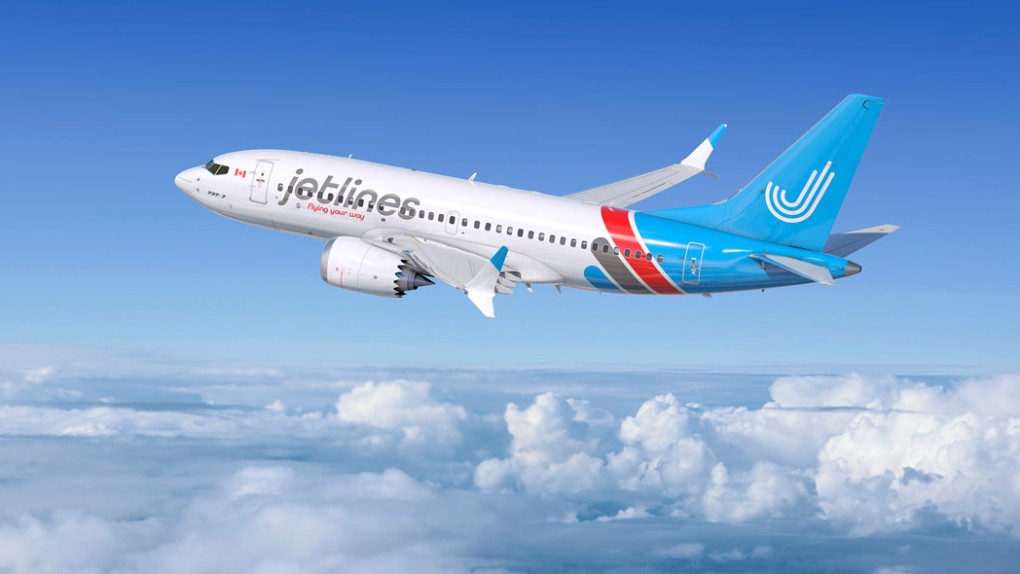 A rendering of a Canada Jetlines Boeing 737-800NG aircraft. (Jetlines.ca)

VANCOUVER -- Canada Jetlines Ltd. says it is suing WestJet Airlines co-founder David Neeleman in the United States for allegedly interfering in the fledgling discount carrier's efforts to get off the ground.

In a statement of claim, it alleges Neelman and his affiliates embarked on "a predatory scheme" to destroy the relationship between Jetlines and an international investment bank that ultimately terminated its help in raising new capital to start the airlines.

It claims the defendants induced Jetlines CEO Lukas Johnson to participate in secret communications and meetings in order to lure him away to help Neeleman's own new airline venture called Moxy, which is to be owned and operated by Breeze Aviation. The allegations have not been proven in court and Neeleman couldn't be immediately reached for comment.

Jetlines says Johnson misled it and the bank about his commitment to the airline, its financing effort and launch and then resigned on Aug. 27, 2018, just as it was poised to approach prospective investors.

That prompted the bank to immediately suspend efforts to get new financing for Jetlines saying Johnson's departure was a big blow to the company that may not be overcome. It terminated its support on Dec. 8, 2018.

Vancouver-based Canada Jetlines announced last month that it was postponing its planned December launch and laying off most employees after failing to secure $40 million in required financing and losing investment partners.

This report by The Canadian Press was first published Nov. 22, 2019