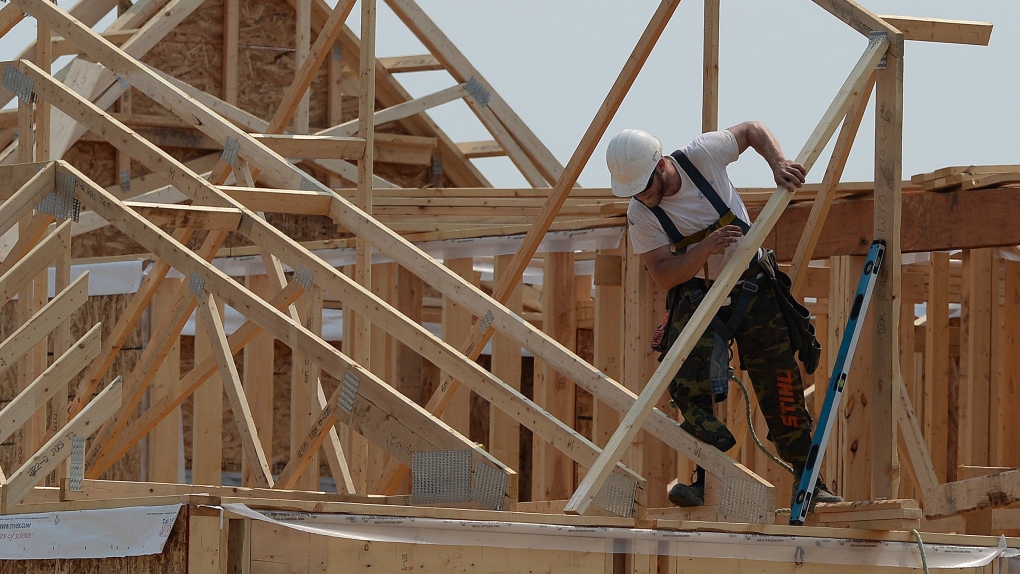 OTTAWA -- Canada Mortgage and Housing Corp. says the pace of home construction picked up last month, boosted by work beginning on apartments in Ontario and especially condominiums in Toronto.

The housing agency said Monday the seasonally adjusted annual rate of housing starts was 218,333 units in June, up from 186,709 in May.

Economists had expected June to come in at 190,000, according to Thomson Reuters.

"We've argued that Canadian housing wasn't going to fall off a cliff, but we didn't exactly expect it to climb again," CIBC economist Nick Exarhos said.

Regionally, the pace of urban housing starts rose in B.C., Ontario and in the Prairies, but fell in Atlantic Canada and Quebec.

The health of the Canadian housing market has been a key focus for economists.

The Bank of Canada has identified the housing sector as an area of risk and warned that the pace of home price increases in the red-hot markets of Vancouver and Toronto is unlikely to be sustained.

Kavcic noted that the national pace of housing starts looked to be settling in around 200,000, up from the rate in recent years.

"This level of construction activity is somewhat stronger than needed to support demographic demand, but if there is 'overbuilding' starting to take shape, it is largely centred in one area -- British Columbia," he wrote in a report.

Rural starts were estimated at a seasonally adjusted annual rate of 15,631 units.

The six-month moving average of the monthly seasonally adjusted annual rate increased to 197,918 in June compared with 190,302 in May.