Canada electric-vehicle sales falling behind rest of the world

Canada electric-vehicle sales falling behind rest of the world 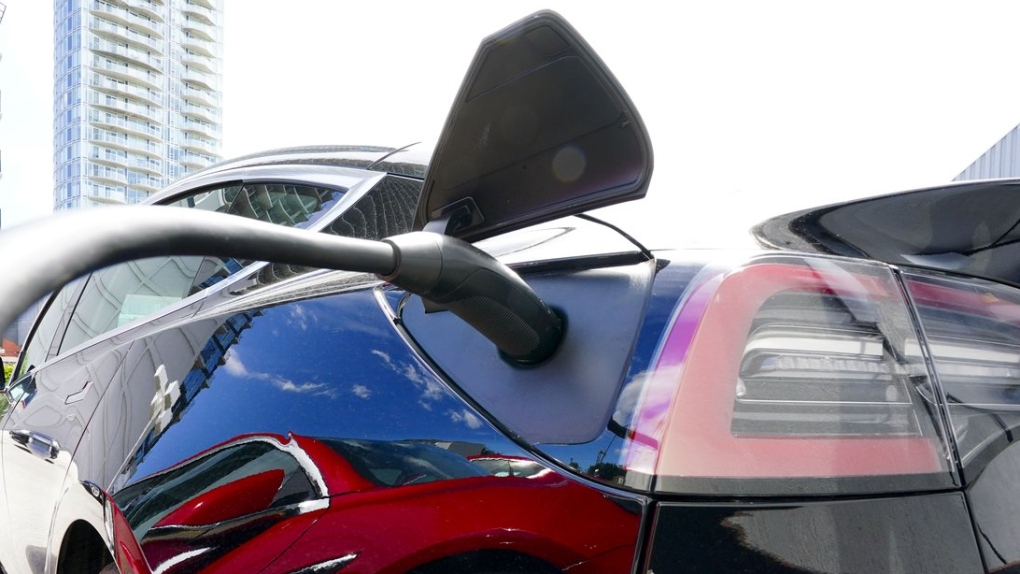 An electric vehicle is charged in Ottawa, July 13, 2022. THE CANADIAN PRESS/Sean Kilpatrick
OTTAWA -

Electric-vehicle sales in Canada grew by more than one third in the first half of this year but they are not keeping pace with the rest of the world.

A report on global EV sales released by research firm BloombergNEF at the United Nations climate talks in Egypt Thursday said battery-electric and plug-in hybrid passenger vehicles accounted for nearly one in every eight vehicles sold worldwide between January and June.

That compares with one in 11 in the same period a year earlier.

Total sales for the period hit 4.3 million, a 70 per cent increase over 2021. BloombergNEF says they're on track to hit 10.6 million vehicles by the end of December, which would be 61 per cent more than in 2021.

Between January and June, 56 per cent of global sales were made in China, 28 per cent in Europe and 11 per cent in the United States.

The BloombergNEF report said Canada is among the countries "catching up" on electric vehicles.

Statistics Canada data show EVs made up one in 14 new vehicles registered in the first half of this year, compared with one in 20 a year earlier.

The sale of electric vehicles did hit a six-month record in Canada at nearly 56,000 sold this year, an increase of 35 per cent compared with the year before.

But that is not on pace with the growth around the world.

Based on average new vehicle registrations, the EV total would have to grow from 55,600 to about 480,000 over six months to hit that 60 per cent target.

Brian Kingston, president of the Canadian Vehicle Manufacturers' Association, said the lack of public charging is holding back Canadian demand.

"We are not currently a leader on EV readiness," he said in an interview.

"If Canada wants to be a leader and really accelerate EV adoption we have to take readiness seriously."

That view is backed by the annual electric-vehicle readiness index, published by global accounting firm EY, which this year listed Canada as 13th out of 14 countries measured.

A year ago Canada was 8th.

The EY report said charging infrastructure and the high cost of electric vehicles is holding Canada back.

The Canadian Automobile Association lists 80 models of battery-electric vehicles with an average price of $82,000.

Kingston said government rebates for EVs need to be higher. Canada offers up to $5,000 off the cost of EVs with a base price of no more than $55,000.

Quebec and British Columbia have provincial rebates that get layered on top of that, and advocates and experts say it's no accident that those are also the provinces with the highest sales.

B.C., where almost one in six vehicles registered between January and June was electric, is the only jurisdiction in Canada exceeding the global sales mark of 13 per cent.

Quebec follows at 11.4 per cent but there is a big drop-off to third-place Ontario, where 5.5 per cent of new vehicle registrations between January and June were electric.

Ontario had a rebate until 2018, after which sales slowed.

This report by The Canadian Press was first published Nov. 17, 2022.