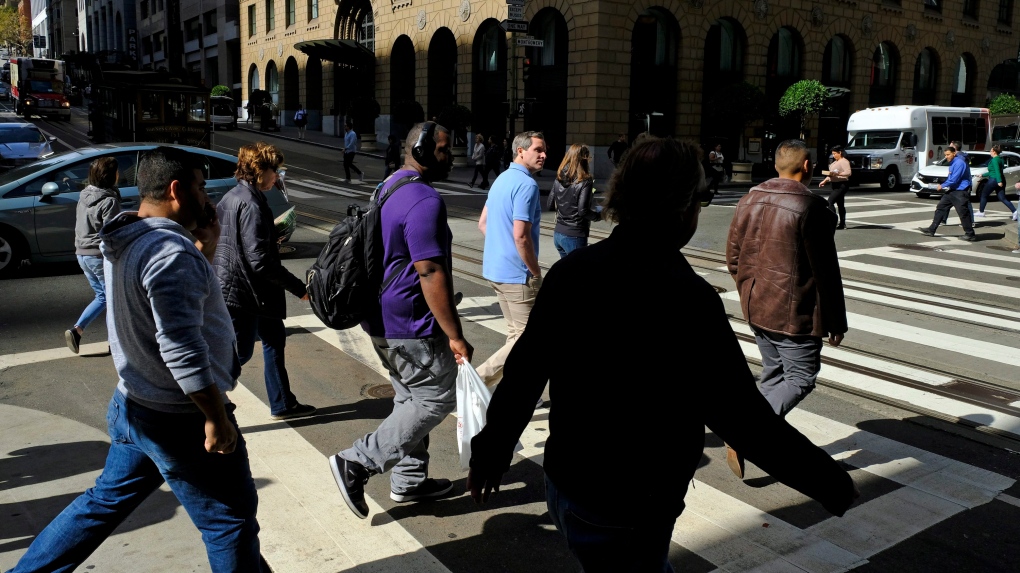 California's unemployment rate fell to 3.9% in July, the lowest point since 1976 as employers in the nation's most populous state continued to defy expectations by adding 84,800 new jobs.

Record-high inflation coupled with a cool-down in the housing market have prompted warnings of an economic slowdown as consumers react to high prices for goods from groceries to gasoline.

But new numbers released Friday by California's Employment Development Department show its labour market has so far been immune from those issues, as the state has had month-over-month job growth in 17 out of the last 18 months.

Countrywide, unemployment rates dropped in 14 states in July, rose in three states and stayed the same in 33 states, according to the U.S. Bureau of Labor Statistics. California now has a slightly lower unemployment rate than Texas, but is higher than Florida and Alabama – all Republican-led states whose leaders California Democratic Gov. Gavin Newsom has feuded with in recent months.

Ten of California's 11 industry sectors had job growth in July, led by big gains in computer systems design, advertising, security services and health care. While California makes up 11.7% of the nation's civilian labour force, the state accounted for 16.1% of all new jobs in the U.S. last month.

That job gain is despite job postings declining in the state and sales of single-family homes – a major driver of California's economy – slowing 14.4% in July compared to June and down 31.1% from a year ago, according to the California Association of Realtors. California's housing market reflects an overall slowdown in home sales nationally, which declined in July for the sixth straight month.

"It's certainly surprising," former EDD Director Michael Bernick said of California's job gains. "It goes against all the other economic indicators."

California lost more than 2.7 million jobs in just two months at the start of the pandemic in 2020, when Newsom issued the nation's first statewide stay-at-home order that forced many businesses to close.

It has taken more than two years for California to get most of those jobs back. July's job growth means the state has recovered 97.3% of those pandemic job losses.

The biggest reason for the decline in the unemployment rate is large number of new jobs added in July. But another factor is 23,400 people stopped looking for work in July, reducing the state's labour force. Some industries are continuing to see a labour shortage, mostly in restaurants and hotels, according to Sung Won Sohn, an economics professor at Loyola Marymount University.

"I think the labour force will go up in the future because people need to earn extra income to beat inflation," he said. "We are already seeing so-called gig employment rising because some people are holding two or three jobs. The fear of an oncoming recession, if we are not in one already, will cause people to look for work."

Bernick, now an attorney with the Duane Morris law firm who closely tracks California's labour market, said he suspects the state is still being propped up by billions of dollars from federal stimulus spending and the state's budget surplus. The recently passed Inflation Reduction Act in Congress will send more money to the state, lowering some prescription drug costs while helping millions pay their monthly health insurance premiums.

"That is not going to continue forever," he said.

California's budget includes $9.5 billion in refunds to about 23 million people, something Newsom touted Friday when boasting about the state's low unemployment rate.

"We have historic reserves and we're putting money back in peoples' pockets as we continue to lead the nation's economic recovery," Newsom said in a news release.