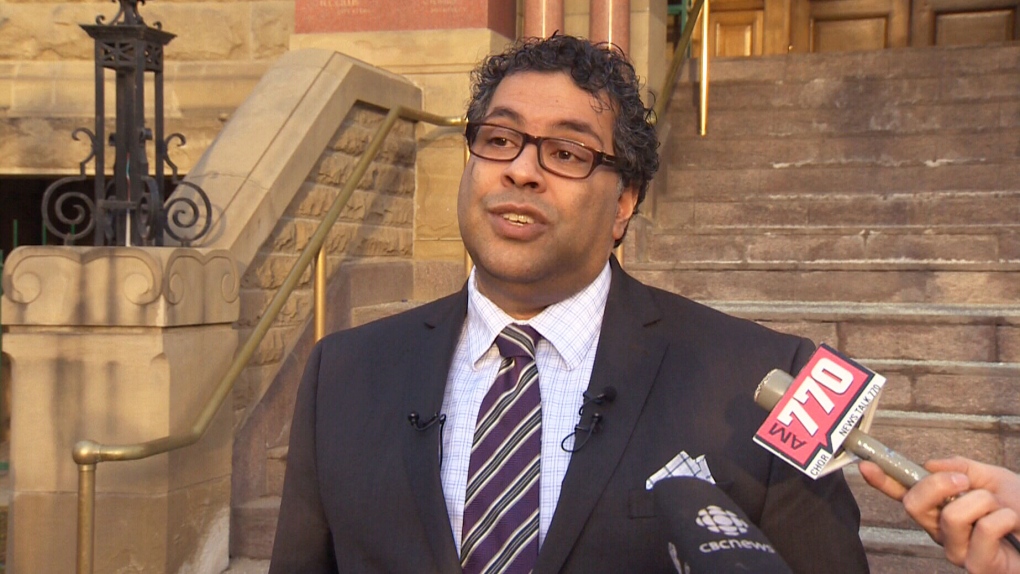 Seen in this 2014 file photo, Calgary Mayor Naheed Nenshi speaks in Calgary. Nenshi is urging Calgarians not to drive for the service that has generated controversy in municipalities across the country.

CALGARY -- One of Canada's most high-profile mayors has come out swinging against the online ride-sharing service Uber.

Naheed Nenshi, whose adoption of new online tools has been seen as a major key to his political success, is urging Calgarians not to drive for the service that has generated controversy in municipalities across the country.

The outspoken mayor says he is disappointed Uber decided to begin its operations in Calgary on Thursday without adequate insurance or regulations to protect public safety.

Until the city decides how to regulate private for-hire vehicles, the current Livery Transport Bylaw will remain in force. Drivers who contravene the bylaw could face fines of between $1,500 and $4,500 a day.

Neither the Uber vehicles or their drivers are licensed by the City of Calgary.

"We welcome options that meet the needs of our citizens and that offer them the ability to get around quickly and efficiently," said Marc Halat, the city's manager of compliance services.

"Citizen safety is the primary objective as the city works to provide transportation options that meet the needs of Calgarians and our visitors."

The Uber phenomenon has caught the attention of civic officials across the country.

The ride-sharing service already exists in 30 Canadian municipalities, including Edmonton, where it launched nine months ago.

Last month, Toronto city council voted to investigate regulating Uber and to look at new rules to level the playing field in the taxi industry, which says it is losing business with the arrival of an unlicensed and lower-priced competitor.

"Uber has shown itself to be flexible in different regulatory environments around the world. It would be helpful for everyone if they demonstrate that same flexibility here in Calgary," said Nenshi.

"While they expressed some concerns about how Uber operates, we shared with them our perspective on why we think Uber is a distinct business model that can bring value to Calgary," said Uber spokesman Xavier Van Chau.

The company would be happy to help work on new regulations, added Ramit Kar, Uber's general manager in Alberta.

"We just want to make sure that we are at the table to ensure that smart regulations are put into place."

Uber said it will pay fines for or provide lawyers to any drivers fined by the city.