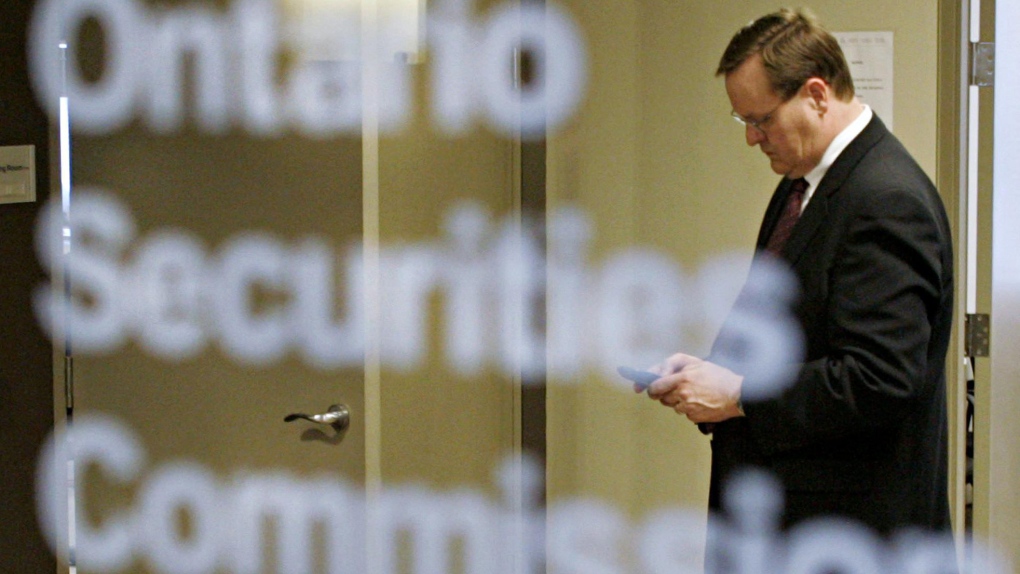 At the Ontario Securities Commission in Toronto on March 21, 2005. (Adrian Wyld / CANADIAN PRESS)

TORONTO - The Ontario Securities Commission says Caldwell Investment Management Ltd. has agreed to pay a $1.8-million administrative penalty for executing most of its clients' trades through an affiliated company rather than making reasonable efforts to find the best alternative.

The financial regulator says the Toronto-based investment firm has also agreed to pay a further $250,000 towards the cost of the OSC's investigation.

The OSC says Caldwell failed to comply with the best execution obligation rule, which requires dealers and advisers to execute trades for clients on the most advantageous terms reasonably available under the circumstances.

The regulator adds that in settling the matter, the company admits that between January 2013 and November 2016 it directed most of its client trades through its own related investment dealer Caldwell Securities Ltd., when many unaffiliated dealers offered better commission rates and spreads.

The OSC also says Caldwell admits that it had "inadequate policies and procedures" relating to best execution, made "misleading" statements in annual information forms for two mutual funds and provided "insufficient and inaccurate information" to the independent review committee for these two funds.

It added that Caldwell has agreed to other terms and conditions, including paying for an independent consultant, approved by OSC staff, to review and test the company's new procedures.