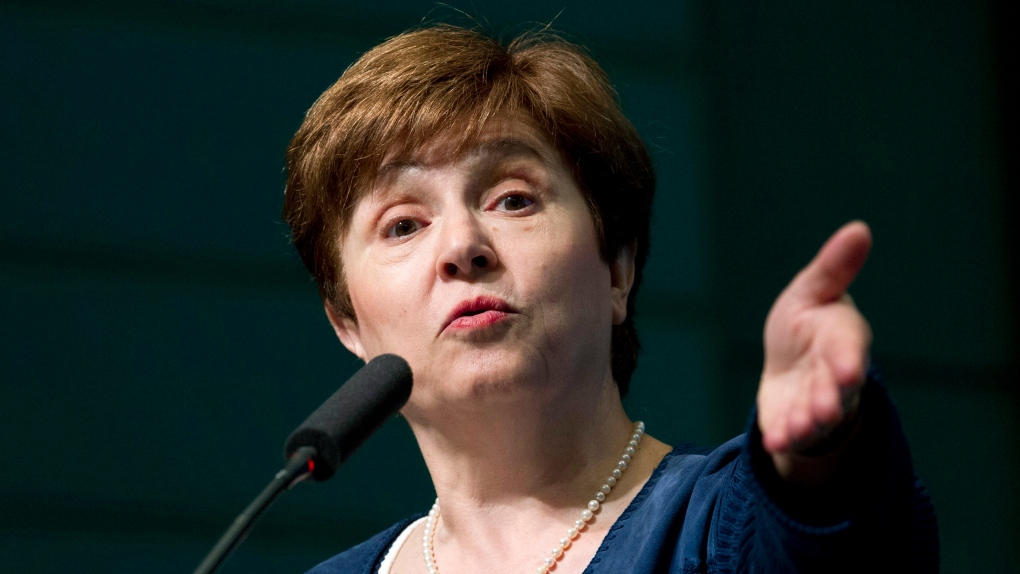 WASHINGTON -- A Bulgarian economist who grew up when her country was a communist nation has been selected to be the next leader of one of capitalism's premier institutions, the 189-nation International Monetary Fund.

Kristalina Georgieva, a top World Bank official, was chosen by the IMF's executive board on Wednesday to become the IMF's managing director. She succeeds Christine Lagarde who is stepping down to take over as head of the European Central Bank.

The IMF is the world's lender of last resort, providing emergency loans when countries are facing financial crisis. Georgieva takes over at a time when the global economy is slowing and the two biggest economies, the United States and China, are engaged in an escalating trade war.

The troubles have raised worries that the global economy could dip into a recession. Last year, Argentina was forced to seek a $57 billion bailout package from the IMF, the largest in the institution's history.

Speaking to reporters after the IMF's 24-member board approved her nomination, Georgieva cited a host of challenges from disappointing global growth to trade tensions and high debt burdens in many countries.

"Warning signals are flashing and we must be ready to be tested," she said. "My immediate priority for the IMF is to help members minimize the risk of crises and be ready to cope with downturns."

Georgieva, who will take over at the IMF on Oct. 1, is the first IMF leader to come from an emerging market economy rather than one of the traditional European economic powers such as Germany or France.

Georgieva, 65, had held the No. 2 post at the World Bank since early 2017 and gained praise for her efforts to win approval of a $13 billion capital increase for the bank along with a reform package which seeks to decrease the bank's lending to wealthier developing countries, such as China, a key goal of the Trump administration.

Eswar Prasad, an economics professor at Cornell University, said one of Georgieva's immediate challenges will be managing the IMF's huge financial exposure to Argentina, which he said was a "country facing an economic meltdown with no easy way out."

Eric LeCompte, executive director of the religious development group Jubilee USA Network, said he expected Georgieva will focus on general inequality, environmental issues and the need for more resources to be directed to developing nations, issues she championed at the World Bank.

When Lagarde, then the French finance minister, became the first woman to head the IMF in 2011, the institution was facing a number of challenges including a sex scandal that had forced Lagarde's predecessor, Dominique Strauss-Kahn, to step down.

In July, Lagarde was nominated to succeed Mario Draghi as head of the ECB, the central bank for the 19 European nations use the euro currency.