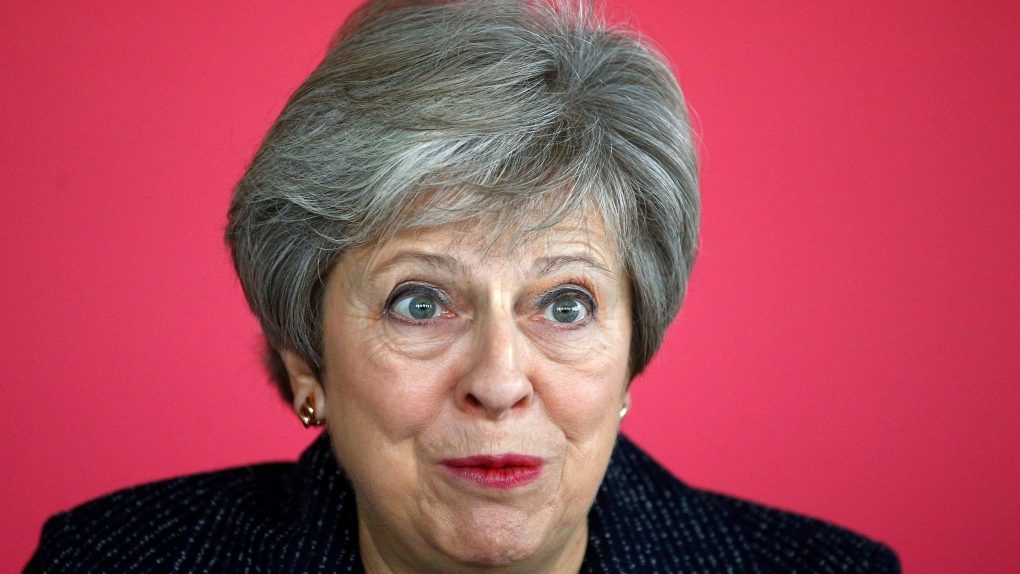 Britain's Prime Minister Theresa May attends a roundtable meeting with business leaders whose companies are inaugural signatories of the Race at Work Charter at the Southbank Centre in London, Thursday Oct. 11, 2018. (Henry Nicholls/Pool via AP)

LONDON -- The British government is considering making companies reveal the pay gap between white and non-white workers, in a bid to end disadvantages faced by employees from ethnic minorities.

Prime Minister Theresa May says revealing the figures might "uncover some uncomfortable truths." She says "too often ethnic minority employees feel they're hitting a brick wall when it comes to career progression."

Last year the government told companies with 250 or more employees to disclose the difference in median wages between men and women.

The government said Thursday that businesses including accountants KPMG, advertising firm Saatchi & Saatchi and the civil service had signed up to a Race at Work Charter, promising to recruit more ethnic-minority employees and help their careers advance.

The government will decide on mandatory reporting after a consultation.