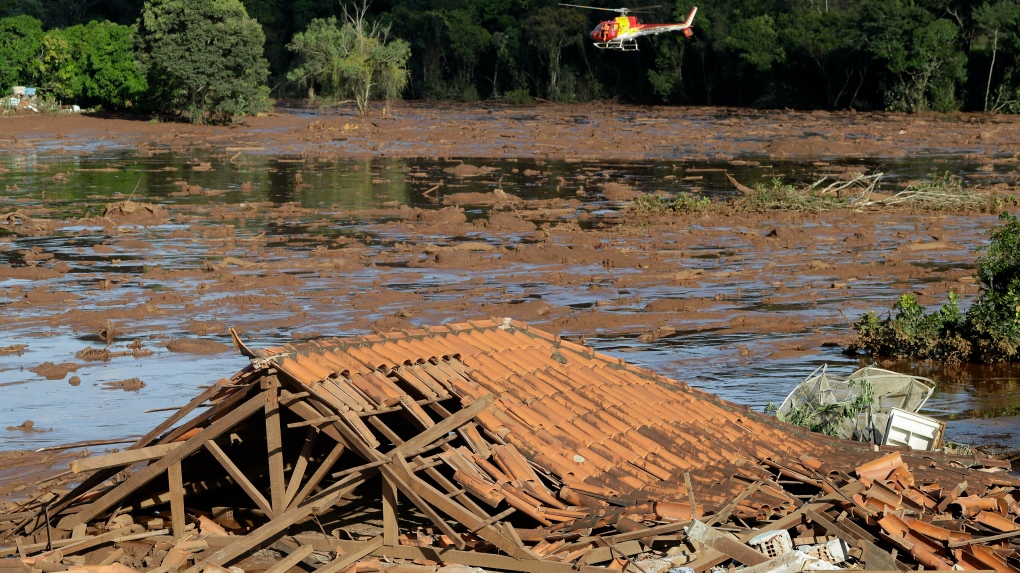 RIO DE JANEIRO -- Brazilian prosecutors filed charges Tuesday against mining giant Vale, its German auditor Tuv Sud and 16 individuals alleging intentional homicide and environmental crimes in connection with a mine dam collapse that killed more than 250 people a year ago.

Among those charged were Fabio Schvartsman, former president of the Brazilian mining company who left his position after last January's disaster.

Prosecutors in Minas Gerais state allege the company ignored warnings that indicated, at least since November 2017, that the B1 dam didn't have adequate security standards to operate.

William Garcia Pinto Coelho, a prosecutor on the task force that carried out the investigation, told reporters that they “collected a substantial volume of proof that shows the knowledge of the risk by the president (Schvartsman) not just about the B1 dam, but rather also various dams with unacceptable security situations under Vale's management. The proof is robust.”

Ten other Vale employees and five from Tuv Sud were also charged. Convictions could bring prison terms of between 12 and 30 years.

Just ahead of the disaster's anniversary on Jan. 25, the small town of Brumadinho remains devastated and some families haven't yet recovered bodies of loved ones.

The mine tailings dam gave way and the water smashed through the town, dumping mud containing heavy metals in the Paraopeba River.

A technical study last year concluded that the cause of the collapse was a phenomenon known as “liquefaction,” which is produced when a solid material becomes liquid. It also identified engineering errors in the dam's construction.

Vale's press office said in an emailed statement Tuesday that it was perplexed by accusations that the deaths were intentional.

“Vale trusts in the full clarification of the causes of the rupture and reaffirms its commitment to continue contributing to authorities,” the statement said.

Tuv Sud, which was responsible for technical security studies, drafted “false declarations of stability” with the aim of keeping activity going at Vale's mine, prosecutors charged.

“The objective of these omissions was to avoid negative impacts for Vale's reputation,” Pinto Coelho said.

Tuv Sud responded that the cause of the dam failure still hasn't been conclusively clarified. It said that data from different sources must be compiled and analyzed and added that the company continues to co-operate with the investigation.

The collapse followed another in the same region, in 2015, at a dam co-owned by Vale. In that case, no individuals were held responsible for the disaster.