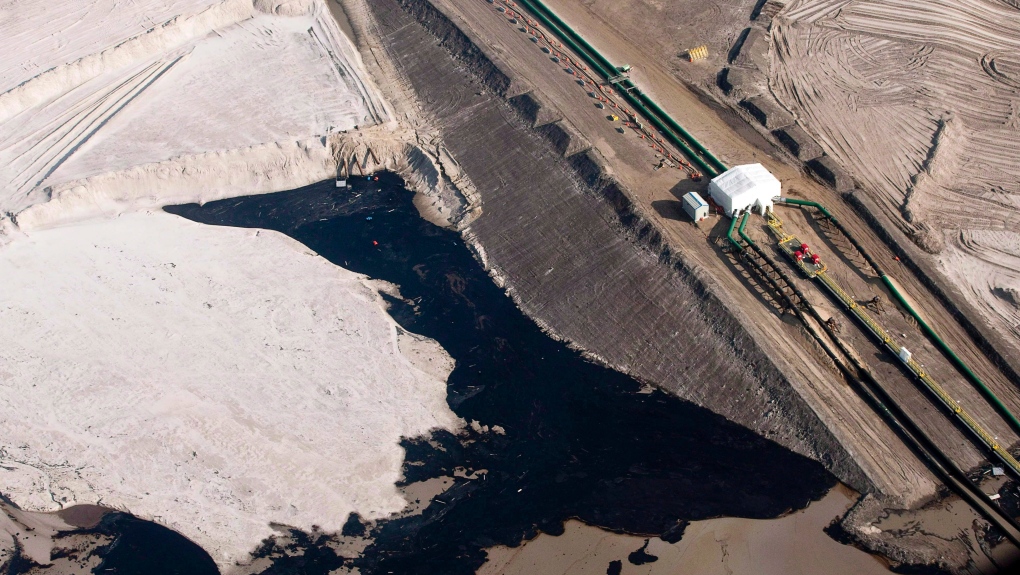 An oilsands facility is seen from a helicopter near Fort McMurray, Alta., in July 2012. (Jeff McIntosh / THE CANADIAN PRESS)

CALGARY - A recent surge in oil prices will boost the bottom line of Canadian oil and gas producers but remains well below the minimum level needed to encourage increased investments in the oilsands or conventional oil and gas, energy analysts say.

U.S. benchmark West Texas Intermediate crude prices recovered Wednesday to US$52.14 per barrel after sliding Tuesday but stopped short of the five-month-high close of US$52.22 per barrel on Monday, which was up more than 20 per cent from lows in June.

"Sustained US$60-plus oil prices are required to support most projects."

BMO links the recent run-up in crude oil prices to lower-than-expected U.S. oil production growth in the first half of 2017 but says it expects second half growth will be back on track.

That means New York-traded West Texas Intermediate prices will remain "range-bound" between US$45 and US$55 per barrel, the bank concludes.

In a report Wednesday, GMP FirstEnergy Capital affirmed its forecast for average WTI oil prices to rise to about US$56 per barrel in 2018 from US$50 this year, and to jump to the mid-US$60s per barrel by 2020.

It says that normally those prices would lead to an increase in spending on Canadian exploration and production, but producers have been reluctant to make the commitment because the market has been so volatile. It says it's assuming most capital spending programs will grow by less than 10 per cent next year.

Judith Dwarkin, chief economist at RS Energy Group, said she agrees companies will be reluctant to increase spending in budgets that will be finalized over the next few months. She is predicting that average WTI will fall below US$50s per barrel next year due to higher American shale oil production and expiry of the OPEC production cutting agreement.

"There are plays that are in the money at $50 but the bigger issue for producers is how stable do they think this price will be?"

Most current Canadian oilsands operations in northern Alberta are profitable at US$50 oil, according to a study released by TD Securities earlier this month.

TD found that the WTI price needed to recoup operating costs for an average thermal oilsands project - where steam is injected into wells to melt the sticky bitumen and allow it to be pumped to surface - had risen to about US$39 per barrel due to factors including a stronger Canadian dollar compared with the greenback.

It said Canadian Natural Resources Ltd.'s (TSX:CNQ) Horizon project and Suncor Energy Inc.'s (TSX:SU) base mine - both top-ranked oilsands mining projects which upgrade bitumen to create synthetic crude - have record low break evens of US$23 and US$26 per barrel, respectively.

Even at Syncrude Canada, whose mining operations were hit by planned and unplanned outages earlier this year, the average break even price will be US$40.70 per barrel of synthetic crude, well below US$50, the bank said.

Ownership of the oilsands shifted dramatically earlier this year as major international players such as Royal Dutch Shell, Norway's Statoil and Houston-based ConocoPhillips and Marathon Oil sold or reduced their stakes in favour of more profitable plays elsewhere in the world.