BofA CEO: Struggling Americans feel they are in a recession

BofA CEO: Struggling Americans feel they are in a recession 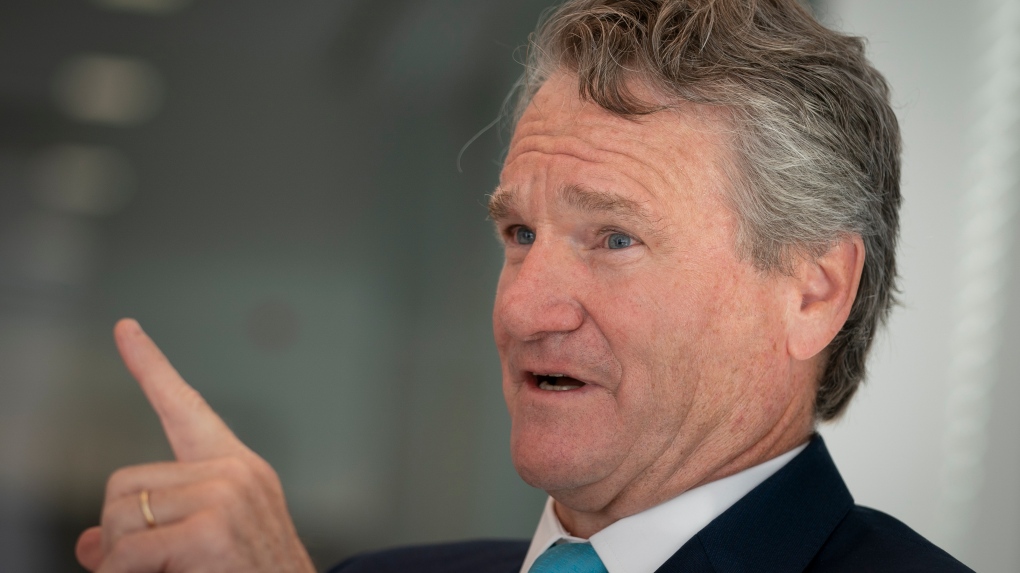 Brian Moynihan, CEO of Bank of America, is photographed at the Bank of America Tower, Wednesday, Aug. 17, 2022, in the Manhattan borough of New York. Moynihan, said that recent quibbling over whether the U.S. economy is technically in a recession or not is missing the point. What matters is that current economic conditions are negatively impacting those who are most vulnerable.(AP Photo/John Minchillo)
NEW YORK -

The CEO of Bank of America said the recent debate over whether the U.S. economy is technically in a recession or not is missing the point. What matters is that current economic conditions are negatively impacting those who are most vulnerable.

“Recession is a word. Whether we are in a recession or not is really not the important thing. It’s what it feels like for the people going through this,” Moynihan told The Associated Press during an interview at the Bank of America Tower near Bryant Park, where he talked about inflation and the current state of the economy, as well as the health of the U.S. consumer.

The issue of whether the U.S. economy is in recession has become politicized heading into the 2022 midterm elections. While inflation is at a level not seen since the early 1980s and U.S. consumer confidence is falling, other measures of the economy, such as the monthly jobs report, are still strong. In response to high consumer and wholesale prices, the Federal Reserve has been raising interest rates aggressively in hopes of taming inflation while not causing too much economic damage.

Moynihan, who has been BofA’s CEO since 2010, would not say the U.S. economy is in recession, saying that declaration will have to come from “a bunch of people in Cambridge, Massachusetts,” a reference the National Bureau of Economic Research, the non-partisan organization that determines when recessions begin and end.

However, Moynihan cited two major issues negatively impacting average Americans – gas prices and rent – as reasons to be concerned. The national average for a gallon of gasoline ballooned to just over $5 in June before falling back below $4 last week. Moynihan appeared more concerned about the rising cost of rents, tend not to fluctuate like gas prices.

“Gas prices are coming back down, but rents are going up 10, 12, 15 per cent. And rent can end up taking 40% of these household’s income,” Moynihan said. Rent accounts for about one-third of the government’s Consumer Price Index, which showed a year-over-year increase of 8.5% in July.

The average U.S. consumer entered this period of high inflation and economic turbulence in healthy financial shape. The U.S. government spent trillions of dollars to extend unemployment benefits and other forms of pandemic relief. In response, Americans were paying down debts faster than historic norms and had higher than normal levels of savings. Those economic programs largely ended last year.