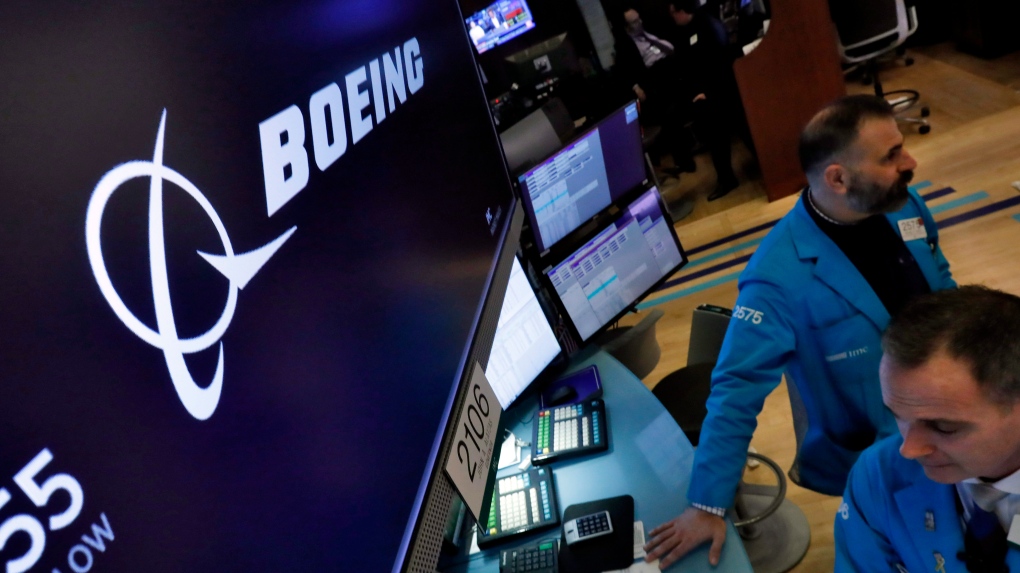 The Boeing logo appears above a trading post on the floor of the New York Stock Exchange, Thursday, March 12, 2020. (AP Photo/Richard Drew)

Boeing is reporting a loss of US$109 million for the third quarter as it struggles to resume deliveries of the 787, a large plane that is popular on international airline routes.

The loss that Boeing reported Wednesday is narrower than a year ago, however. Boeing's mid-size 737 Max jet continues to recover from two deadly crashes, but now the company is dealing with production flaws on the 787.

Boeing is building only two 787s a month, and the company says that low rate will create US$1 billion in "abnormal costs," including a US$183 million charge in the third quarter.