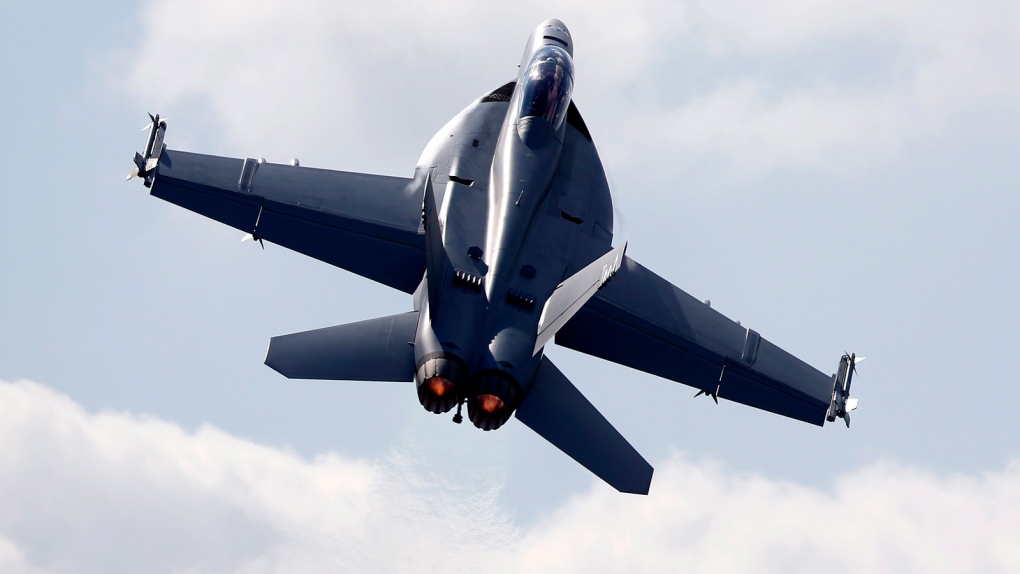 OTTAWA -- A senior Boeing official says the U.S. aerospace giant's trade dispute with Montreal-based rival Bombardier is a "company-to-company issue," and that it still hopes to sell Super Hornet jets to Canada.

Leanne Caret, the head of Boeing's multibillion-dollar defence and space division, made the comments on the sidelines of the Paris Air Show this week, where her company was snubbed by Canadian officials.

Members of the Canadian government met F-35 manufacturer Lockheed Martin and other fighter jet makers in Paris on Monday and Tuesday, but refused to have any contact with Boeing.

In an interview Thursday in Toronto at an event organized by the New York Times, Prime Minister Justin Trudeau said the dispute threatens to hurt not only Canada, but the U.S. and cross-border relations as well.

"There are thousands of small companies and jobs across the United States that are direct suppliers to Bombardier," he said.

"Any actions against a Canadian company that we believe in deeply and will defend is not going to just hurt relations between our two countries and choices we may make around procurement, but also impact American jobs and American companies."

Caret, however, highlighted in an interview with U.S.-based Defense News what she said was Boeing's nearly 100-year "working relationship" with Canada and the federal government.

"This is very much a company-to-company issue that we're working through," she said of the dispute with Bombardier.

"I'm looking forward to continued dialogue with the Canadian government in terms of the capabilities that they need, and how our best products might be best suited."

The comments are the first from a senior Boeing official since the Liberal government threatened last month to scrap plans to buy 18 "interim" Super Hornets over the company's dispute with Bombardier.

The Trudeau government announced last November plans to purchase the planes to temporarily fill a critical shortage of fighter jets until a full competition to replace Canada's aging CF-18s.

The government said at the time that the Super Hornet was the only aircraft able to meet its immediate requirements, including being a mature design compatible with U.S. fighters.

But that was before Boeing lodged a complaint with the U.S. Commerce Department that alleged Bombardier was selling its CSeries jet liners at an unfair price with help from federal government subsidies.

American authorities are currently investigating the complaint and are expected to decide in the coming weeks or months whether to penalize Bombardier with fines or tariffs.

A government source confirmed this week that Boeing's rivals used their meetings with Canadian officials in Paris to pitch their own jets in the event the Liberals follow through on their threat to Boeing.

But Defence Minister Harjit Sajjan said this week that the Liberals continue to work closely with the U.S. government, through which any sale of interim Super Hornets to Canada would actually be arranged.

And defence chief Gen. Jonathan Vance left the door open to buying Super Hornets, telling a House of Commons committee that while Boeing is "a bad partner now, maybe they become a good partner again."

Many defence experts, including retired air force commanders, have criticized the Liberals' plan to purchase interim Super Hornets and called for an immediate competition to replace Canada's CF-18s.

A survey of 75 such experts conducted by the Macdonald-Laurier Institute and released last week found that the vast majority didn't believe there was a shortage of jets, known as a capability gap.

Vance, however, told the committee on Tuesday that the capability gap is real.