Boeing changes executive in charge of the 737 Max factory 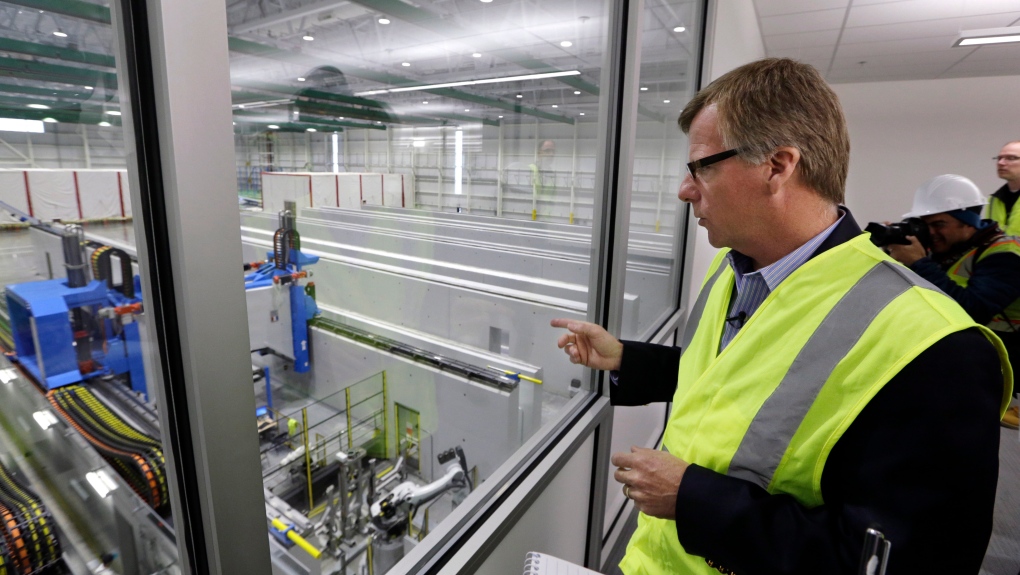 FILE - In this May 19, 2016, file photo, Eric Lindblad, vice president in charge of the Boeing 777X wing, looks over the "clean" room area of the new 777X Composite Wing Center, a day ahead of its grand opening in Everett, Wash. (AP Photo/Elaine Thompson, File)

CHICAGO -- The executive who manages the Boeing 737 Max program and the Seattle-area factory where the now-grounded plane is built is retiring.

Lindblad has been in the job less than a year, taking over as Boeing struggled with shortages of engines and fuselages from suppliers. He has been with Boeing 34 years.

Lindblad will be replaced over the next several weeks by Mark Jenks, a vice-president who oversees possible development of a new mid-size plane that would start flying around 2025. Jenks previously managed the Boeing 787, which was grounded in 2013 after batteries overheated on several planes.

Mike Sinnett, a product-strategy executive who has talked to airline pilots and reporters about the flight-control system on the Max, will take over the mid-size plane program.

The 737 Max was grounded in March after crashes in Indonesia and Ethiopia killed 346 people. Preliminary reports highlighted the role of new flight-control software that pushed the planes' noses down. Boeing hopes to submit a fix to federal safety regulators in September.

The Max is critical to Boeing's future; the company has a backlog of about 4,500 orders from around the world. But Boeing's orders and deliveries have tumbled this year -- falling far behind Airbus -- while it faces investigations and has suspended deliveries of the Max.

The change in leadership of the Max program was announced in a letter to employees from Kevin McAllister, chief of Boeing's commercial airplanes business. He said during his time running the 737 program, Lindblad "has navigated some of the most difficult challenges our company has ever faced."

Lindblad said in a letter to employees that he planned to retire last summer but accepted the assignment to take over the Max program.

"There are still challenging times ahead once the MAX safely returns to service," he wrote. "But this team has always done what it takes to succeed."