Boeing battle with Bombardier expected to drag on despite Friday decision 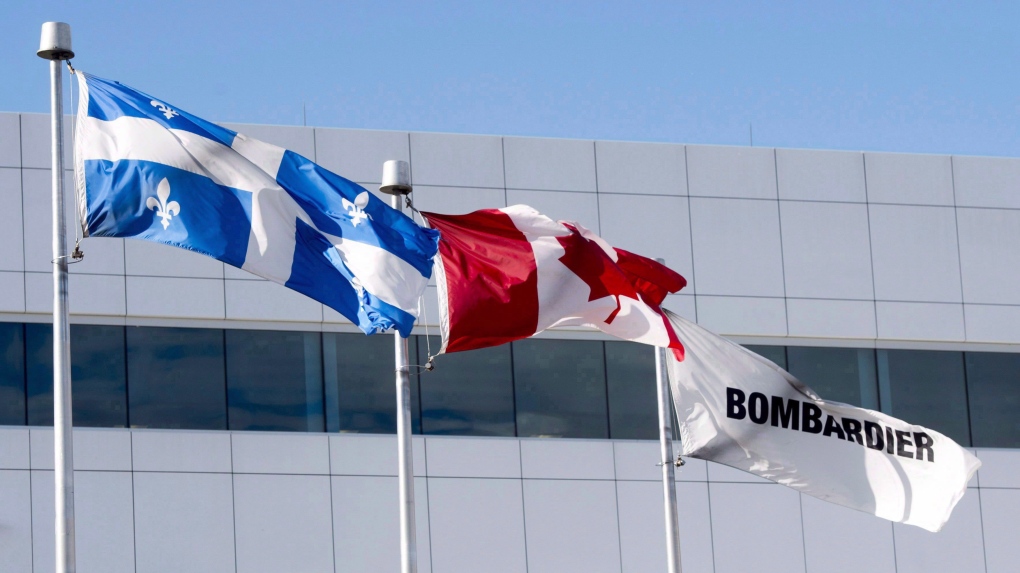 MONTREAL -- The heated battle between Boeing Co. and Bombardier Inc. over C Series sales in the United States will likely drag on regardless which side comes up short Friday in a U.S. International Trade Commission ruling.

In new documents filed Wednesday, Bombardier said it expects Boeing will likely respond to a loss by filing a new petition once there is a new U.S. order for the C Series.

"The threat of a new petition -- which Boeing has not disclaimed -- makes the partnership with Airbus to build a U.S. full assembly line a necessity regardless of how this case is resolved," the Montreal-based manufacturer wrote in a 20-page submission.

"There is no returning to the status quo ante. The only way to counter the risk created by Boeing's petition is through a new U.S. full assembly line."

A Canadian government source said it would not be surprised if the USITC rules against Bombardier.

"I think the feeling about tomorrow's decision is that we're still at a disadvantage when we're in front of the Department of Commerce and the USITC," said the contact who is not authorized to speak publicly on the matter.

International trade lawyer Lawrence Herman expects the quasi-judicial body will support the American manufacturer and that Ottawa will appeal to the World Trade Organization and through NAFTA under Chapter 19.

"There is a strong possibility that the commission will decide against Bombardier because there is a tendency in the current climate for all tribunals and agencies involved in trade to take protectionist decisions," he said in an interview.

The USITC is expected to decide Friday afternoon if Boeing suffered harm from the C Series and whether import duties totalling 292.21 per cent sanctioned by the Department of Commerce will be applied.

Bombardier needs to win support from three of four commissioners since Boeing wins on a tie vote.

"But we believe the odds are somewhat stacked against Bombardier," he wrote in a report. "We expect that with the building of a U.S. assembly plant, the whole trade dispute will be irrelevant."

The two aircraft manufacturers made their closing arguments in separate submissions that painted dramatically opposing pictures.

Bombardier insisted that Boeing faces no "threat of material injury" from C Series imports. However, it noted that Boeing went to great lengths to have Embraer SA's E190-E2 jets excluded from consideration in the petition while keeping its negotiations to acquire the Brazilian manufacturer secret.

"If the C Series is forced out of the U.S. market, and if the Embraer acquisition is finalized, Boeing will be the beneficiary through orders for E-Jets made in Brazil."

The Chicago-based aerospace giant didn't mention Embraer in its submission but claimed the domestic industry will lose more market share if it loses the case.

"The commission now holds the domestic industry's fate in its hands," it wrote.

"An affirmative determination is the only thing that will provide a viable future for the domestic industry and ensure that winners in this market are determined through fair competition, not by foreign governments and their subsidized national champions."

The Canadian government told the commission that it can't side with Boeing's "unprecedented" argument because there is no evidence that any C Series planes will be imported into the United States because the planes destined for U.S. customers will be assembled in Alabama.

"With absolutely no evidence of imports in the imminent future, the commission is prohibited by the Act from making an affirmative threat finding," it wrote.

The government filing also said it would be inappropriate for the commission to make any decision about parts imported from Canada because the Department of Commerce, which controls the scope of the investigation, didn't reach a conclusion on parts.

It noted that the only parts for the CS100 and CS300 aircraft imported from Canada will be the cockpit and a small section of the aft fuselage.

Delta was expected to receive the first of its firm order for 75 CS100 planes in the spring, but now plans to wait until the aircraft destined for U.S. customers is built in Mobile, Alabama.

Boeing launched the trade case last April, arguing that governments in Canada and Britain subsidized the plane's development and allowed Bombardier to sell it at unfairly low prices.