BlackBerry up on news of another major supply contract 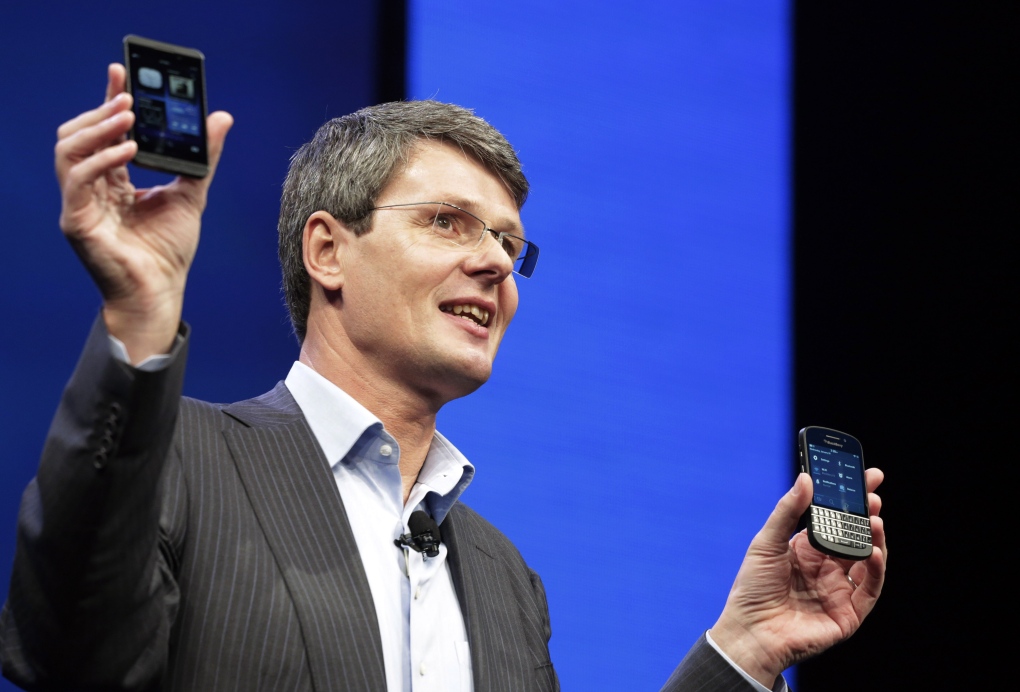 TORONTO -- Shares of BlackBerry gained 5.5 per cent on Wednesday after the smartphone company secured the second major supply contract this week for its new BlackBerry Z10 devices.

The Waterloo, Ont.-based firm (TSX:BB) said that a mental health organization based in the United Kingdom has ordered 1,800 of the touchscreen phones. Birmingham and Solihull Mental Health Foundation Trust will receive shipments of the phones throughout the year.

After the announcement, BlackBerry's stock was up 71 cents to $13.61 near midday on the Toronto Stock Exchange.

"BlackBerry has been our mobile enterprise solution of choice for a number of years and we're committed to a full-scale BlackBerry 10 deployment," said Stephen Asante-Boakye, head of technical services at the mental health group.

"During April and May, we will roll out 700 BlackBerry Z10 smartphones running on the new BlackBerry Enterprise Service 10, with an additional 1,100 devices set to roll out throughout the remainder of 2013."

Earlier this week BlackBerry signed a supply agreement with the German government.