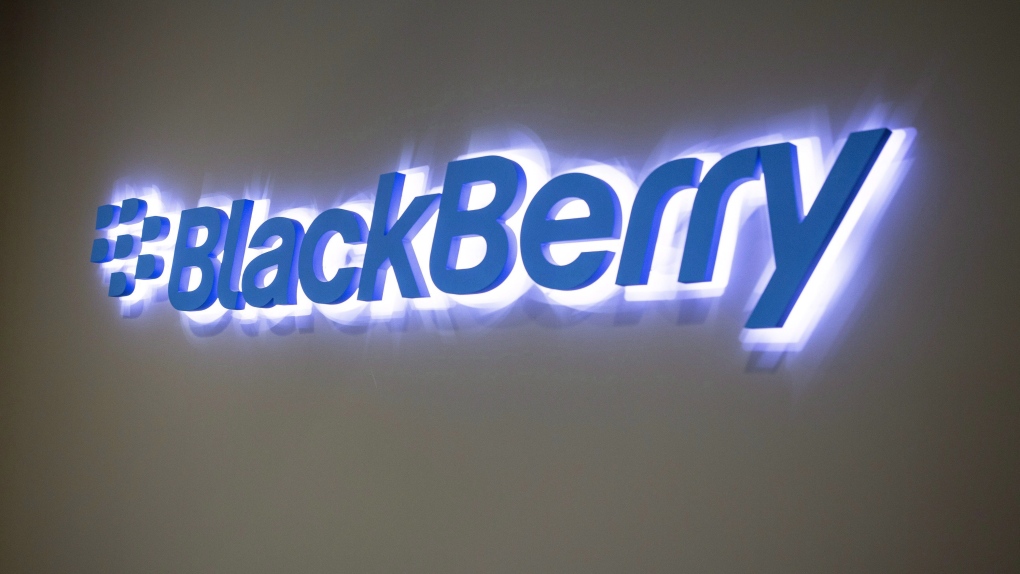 The Blackberry logo located in the lobby of the company's B building in Waterloo, Ont. on Tuesday, May 29, 2018.

WATERLOO, ONT. -- Shares in BlackBerry Ltd. gained as much as 63.9 per cent in intraday trading on Tuesday following news of a deal with Amazon Web Services to develop and market BlackBerry's intelligent vehicle data platform, called IVY.

The companies said they had settled on a multi-year, global agreement to develop and market IVY, a scalable, cloud-connected software platform that will give automakers a new way to read vehicle sensor data.

They said automakers will be able to use that information to create responsive in-vehicle services that enhance driver and passenger experiences.

"Data and connectivity are opening new avenues for innovation in the automotive industry and BlackBerry and AWS share a common vision to provide automakers and developers with better insights so that they can deliver new services to consumers," said BlackBerry CEO John Chen in a joint news release.

"AWS and BlackBerry are making it possible for any automaker to continuously reinvent the customer experience and transform vehicles from fixed pieces of technology into systems that can grow and adapt with a user's needs and preferences," added Amazon Web Services CEO Andy Jassy.

Financial terms of the agreement were not immediately available. Amazon Web Services is a subsidiary of internet giant Amazon.com Inc. that provides on-demand cloud computing platforms.

Modern cars and trucks are built with thousands of parts from many different suppliers and those components produce data in unique and specialized formats, the companies said in their news release.

BlackBerry IVY is expected to solve those challenges by applying machine learning to the data to generate predictive insights and inferences.

BlackBerry IVY will run inside a vehicle's embedded systems, but will be managed and configured remotely from the cloud, they said.

As an example, BlackBerry IVY could leverage vehicle data to recognize driver behaviour and hazardous conditions such as icy roads or heavy traffic and then recommend that a driver enable relevant vehicle safety features such as traction control, lane-keeping assist or adaptive cruise control, they said.

IVY could then provide automakers with feedback on how and when those safety features are used, allowing them to make targeted investments to improve vehicle performance.

They added drivers of electric vehicles could choose to share their car's battery information with third-party charging networks to proactively reserve a charging connector.

The companies say they will build upon capabilities of BlackBerry QNX, a commercial Unix-like real-time operating system, for surfacing and normalizing data from automobiles and AWS's broad portfolio of services, including capabilities for internet of things and machine learning.