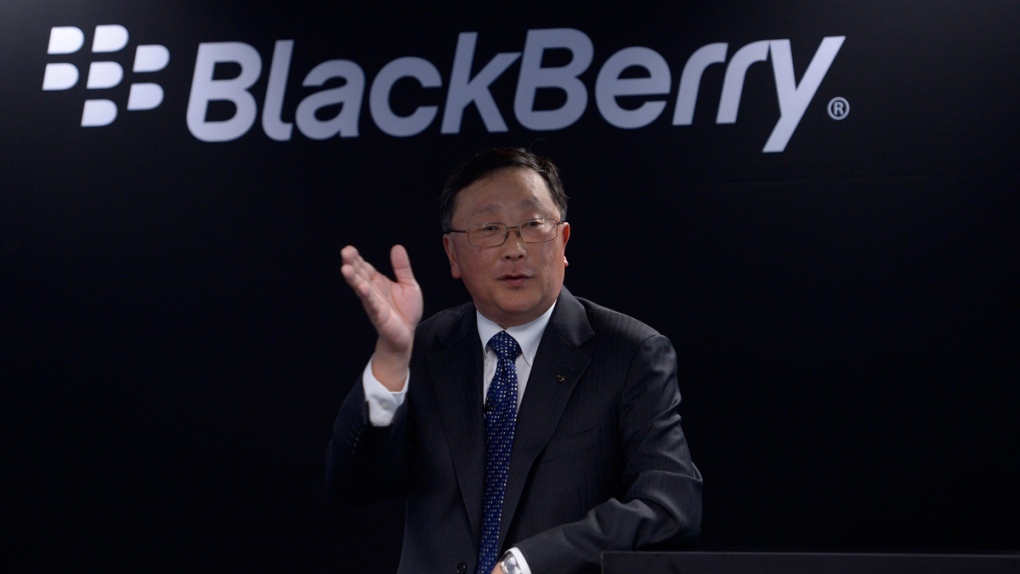 The head of the Waterloo, Ont.,-based technology firm saw the value of his total pay package drop 96 per cent to US$3.4 million.

Most of the decline was due to share-based awards Chen received when he joined the company in November 2013.

As part of that agreement, Chen received 13 million shares of BlackBerry that will be paid out over five years. The total amount of $84.8 million in share-based awards was recognized as part of his compensation package of $85.7 million in fiscal 2014.

Late Thursday, BlackBerry (TSX:BB) also announced plans to buy back up to 12 million of its common shares or about 2.6 per cent of the number outstanding.

The move comes as BlackBerry makes plans for a new employee share plan that would boost the number of shares available to staff. Shareholders will vote on the proposal at the BlackBerry annual meeting next month.

The share repurchase helped send the company's stock higher Friday, rising more than two per cent to $12.82 near midday.

BlackBerry hired Chen in late 2013 after years of losing market share to competitors like Apple and Samsung. Part of his plan has involved launching more software services and forging new relationships with corporate customers and wireless carriers.