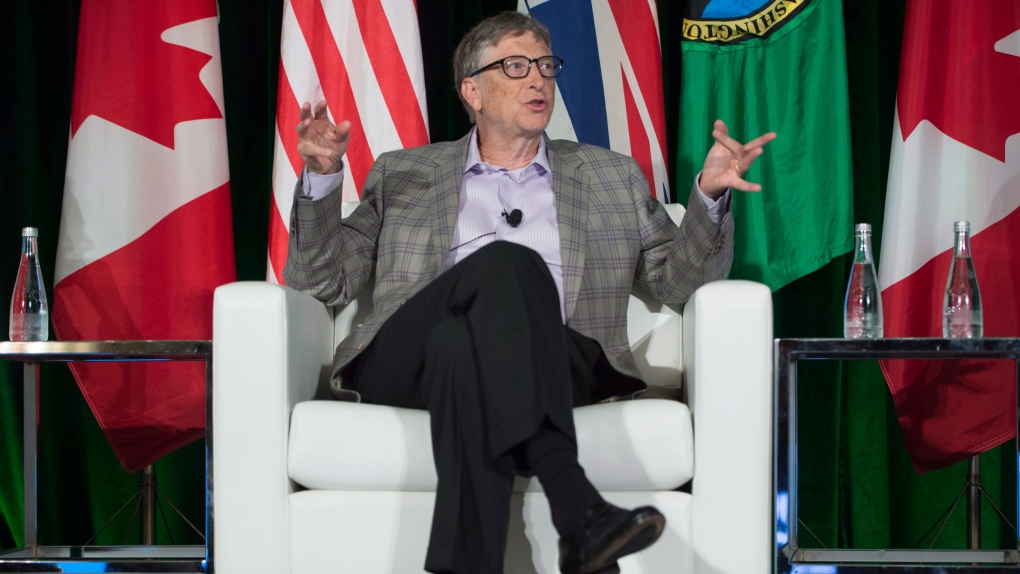 VANCOUVER -- Canada's open approach to immigration and its willingness to welcome tens of thousands of Syrian refugees is an "enlightened" move that will benefit the country's business sector, Microsoft co-founder Bill Gates says.

The business leader and philanthropist was in Vancouver on Tuesday to speak at the Emerging Cascadia Innovation Conference, aimed at strengthening the technology and business ties between British Columbia and Washington state.

"I think Canada's very well positioned. It's got good, strong universities, good policies -- certainly more enlightened immigration policies than most countries have, which is a real asset," said Gates, who is listed by the American business magazine Forbes as the richest man in the world with a US$81-billion net worth.

"He as a leader wants to remind people about openness and taking in refugees in an appropriate way."

Gates also spoke about the need to address the gender gap in the fields of science, technology, engineering and mathematics, as well as the importance of investing in education.

"It is no coincidence that if you look at high-tech jobs in a location there is a very strong correlation to where you have very high-quality universities," he said.

Gates addressed the crowd of mostly business and government leaders alongside Microsoft CEO Satya Nadella, who's been at the helm of the company since 2014.

"It's the human capital that is going to make a fundamental impact in terms of what Microsoft's future is."

In 2014, the Canadian government sped up the immigration process by exempting Microsoft from having its foreign employees complete labour market impact assessments.

The federal government has been criticized for the move, as Microsoft faces accusations of using Vancouver as a "staging ground" for non-Americans to qualify more quickly for a transfer to the U.S.

Earlier on Tuesday, the premier of British Columbia and governor of Washington state advocated for the expansion of an innovation corridor between the two jurisdictions to bolster research efforts, which they predicted will one day lead researchers to find a cure for cancer.

The success and the potential of strengthening cross-border collaboration was trumpeted by Premier Christy Clark and Gov. Jay Inslee.

The leaders also floated the possibility of developing joint academic degree programs, which could be started on one side of the border and finished on the other, as well as linking PhD certificates to offers of citizenship.

Clark and Inslee's speeches focused heavily on past successes as both leaders gear up in the coming months to face voters for re-election.

Clark drew laughter and applause when she referenced the common features of Washington state and B.C., which she said included an abundance of rain, mountains and ocean, as well as opposition to U.S. presidential hopeful Donald Trump.