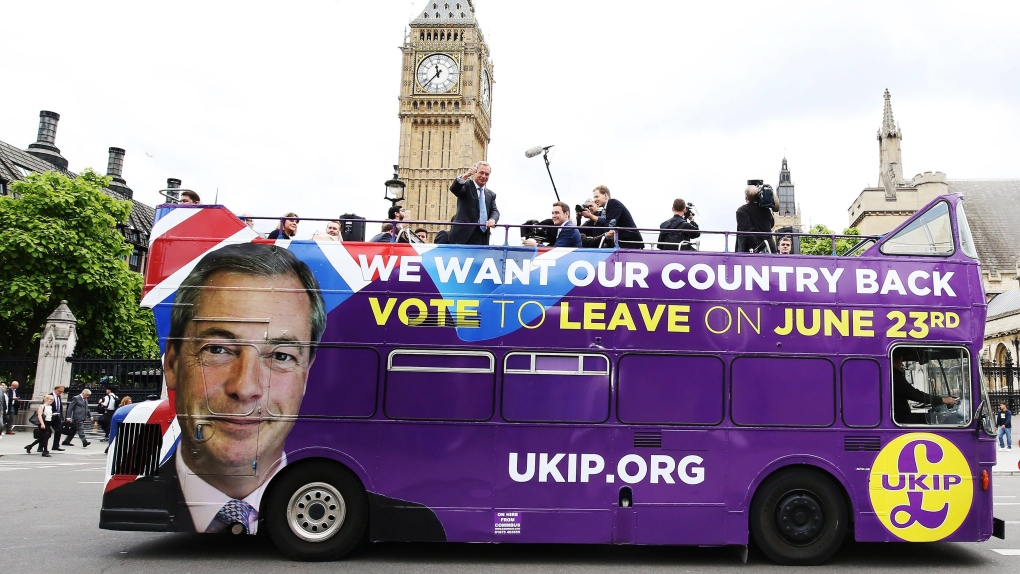 LONDON -- As if the stakes were not high enough in Britain's nail-biting vote this week, people are betting record amounts of money on its outcome.

Thursday's vote on whether to leave the European Union, which will have lasting consequences for the country and Europe, is due to break the record as the most bet-upon political event in Britain's history. The industry is expecting 100 million pounds (US$147 million) to be wagered by the time the result is known in the early hours of Friday.

Such betting fever is normally associated with major sports events, with people here habitually placing wagers online or in betting shops on everything from horse races to football matches. But the importance, drama and uncertainty that have surrounded this vote have made it a spectator sport in its own right. Polls suggest it is too close to call, while bookies give the "remain" side a higher chance of winning.

"This is a historical event, and I want to take part in it," said Can Zhao, an investment researcher who placed a 135-pound bet on "remain" at a Ladbrokes betting parlour near London's Kings Cross train station.

Betting is his way to get in on the drama because as a foreign citizen, from China, he will not have a right to vote. He was back in the betting shop this week to place additional wagers on behalf of three American friends.

For Stephen Jones, 55, betting is a form of insurance against disappointment. He intends to vote to leave the EU, but has placed bets on "remain" to at least get something in case of his side's defeat.

"If we are going to remain in the EU, at least I will take compensation," said Jones, who expects to get 3,000 pounds back in profit in such an event. "But my big win is to leave the EU."

Betfair, bookmakers Ladbrokes and Paddy Power and the Betting Research Unit at Nottingham Business School all estimate that the total value of bets on the vote placed in Britain will reach, and likely exceed, 100 million pounds.

"This is comfortably the biggest political betting event in history and dwarves both the general election and the Scottish referendum," says Lewis Davey, spokesman for Paddy Power, referring to the Scottish vote on independence last year.

EU referendum betting already hit a record for a political event days ago for Betfair, bookmaker BetFred and IG, the largest provider of spread betting services.

Betfair allows people to place wagers against each other rather than setting odds like the traditional bookmakers. Spread betting, on the other hand, does not provide a simple win or lose outcome, but can provide payoffs based on the accuracy of the bet. It has become increasingly popular, particularly to bet on financial markets.

Betting on political events used to be a niche area in the gambling industry but has become more widespread, particularly in Britain. Ladbrokes has seen a tenfold increase in recent years.

The betting has also gained the attention of global investors as a gauge of the likelihood of an event's outcome. That's particularly true since pollsters have missed badly in measuring sentiment before some of Britain's most recent votes, the last general election and the Scottish referendum.

The bookies' odds have largely been in synch with global financial markets. While the polls show this week's vote is too close to call, bookies like Betfair are giving the "remain" side a 76 per cent probability of winning. That's reflected in financial markets, where stocks and the British pound are relatively buoyant one day before the big event.