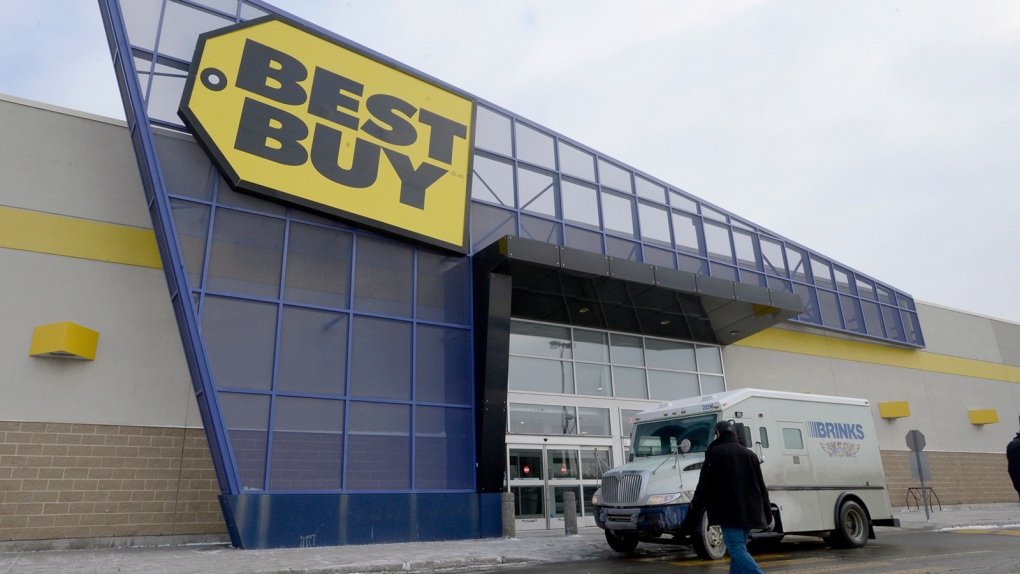 NEW YORK -- Best Buy said Thursday that it laid off 5,000 full-time store workers earlier this month, even as the company's sales soared during the pandemic as homebound people bought laptops, TVs and other gadgets.

The company said it cut the jobs because more shoppers are choosing to buy online instead of coming inside its stores. Best Buy said it will replace the 5,000 full-time employees with 2,000 part-time workers.

The company said 750 positions were impacted in Canada, of which 660 were part-time.

Best Buy's workforce has shrunk in the last year after having to furlough workers when it closed stores during the pandemic. It currently has more than 100,000 workers, down by 21,000, or 17%, from the year before.

The company is retraining workers to help with online orders. And more space in stores is being used to ship orders or to get them ready for curbside pickup, where shoppers buy online and fetch their orders in the parking lot.

A group of workers has posted an online petition calling for Best Buy to compensate employees for lost wages related to cuts. The petition said the company had begun drastically reducing the hours of employees at 150 stores on Jan. 10. About 792 of the nearly 4,000 signatures were from Best Buy workers, said Shannon Fulfs, the petition organizer who works at a Best Buy in the Omaha, Nebraska area.

Fulfs said workers struggled with the sudden loss of income of up to 40% and uncertainty about what to do because they were not told whether the reductions would be permanent. On Thursday, she learned she had been laid off.

"It's just overall been pretty stressful and I don't think they have been making it easier with the lack of information," Fulfs said.

Best Buy said it was "not realistic to pay employees for hours they didn't work, which is what a small number are asking for in this petition."

"We told the petitioners that we disagree with their claim, but fully support their right to make it," the company said in a statement sent to The Associated Press. "Like any retailer, our business model has always allowed us to adjust staffing to meet customer demand."

The company's online sales soared 89% from November to the end of January, compared with the same months a year ago, Best Buy said Thursday.

Revenue during that quarter grew 11% to $16.9 billion. Its profit rose nearly 10% to $816 million. Its adjusted earnings per share came to $3.48 per share, beating Wall Street expectations.

Sales online and at established stores, a key metric of a retailer's health, rose 12.6% in the last quarter and increased 9.7% last year. It expects that number to rise 20% in the current quarter, but growth is expected to slow this year to fall 2% or rise as much as 1%.

With files from CTV News