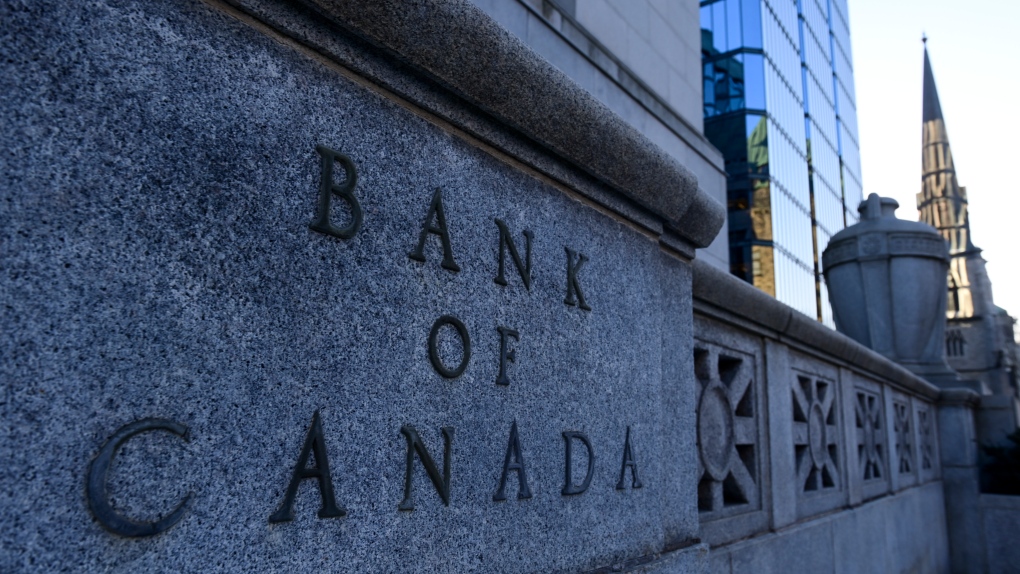 The Bank of Canada in Ottawa on Tuesday, Dec. 15, 2020. THE CANADIAN PRESS/Sean Kilpatrick

TORONTO -- With fiscal spending booming and households flush with cash, investors are betting that the Bank of Canada's next tightening cycle, expected to begin in 2022, will result in interest rates climbing above the previous peak for the first time in decades.

In four major tightening cycles since the early 1990s, the Bank of Canada's key interest rate has peaked at a level that was lower than the preceding endpoint.

But that could change in the next cycle, as historic levels of government spending globally raise prospects of an economic recovery from the COVID-19 crisis that is more robust than previous recoveries.

The Canadian government is spending C$101 billion ($81 billion), about 5 per cent of GDP, to stimulate the economy over three years, while U.S. President Joe Biden has proposed trillions of dollars of infrastructure spending. Canada sends about 75% of its exports to the United States.

A higher endpoint for rate hikes could give the BoC more firepower to fight the next downturn. It could also spur changes to the economy, raising the incentive to save and invest rather than borrow. Canadians have borrowed heavily in recent years to participate in one of the world's hottest housing markets.

Canada's central bank has signaled that it could begin raising rates from a record low of 0.25 per cent in the second half of next year, well ahead of the 2023 projection from the Federal Reserve.

Swap market data puts the peak of the expected tightening cycle, or the terminal rate, at about 2 per cent in five years, above the previous peak of 1.75 per cent.

"There is a lot more fiscal policy this time ... to me that's the real game changer," said Andrew Kelvin, chief Canada strategist at TD Securities. "Canada, last cycle, was part of a global cycle where no central bank really achieved what they would regard to be neutral rates."

The neutral rate is the level that is expected to be in place when the economy is at full strength and inflation is on target, so it's a signpost of sorts for where rates could go. The BoC's current estimate for the neutral rate is a range of 1.75 per cent to 2.75 per cent.

The central bank has also estimated that Ottawa's support for households during the pandemic combined with reduced spending by Canadians, who endured lengthy lockdowns, boosted savings in 2020 by about $180 billion.

That extra cash is likely to add to consumer spending over the coming decade, which could support a terminal rate that is higher than not only the previous cycle peak but the neutral rate, said Royce Mendes, a senior economist at CIBC Capital Markets.

"All that money has to eventually go somewhere," Mendes said. "It is not just going to sit in the bank accounts of households for decades into the future."