B.C. to lead country in growth, but job creation stuck in second gear 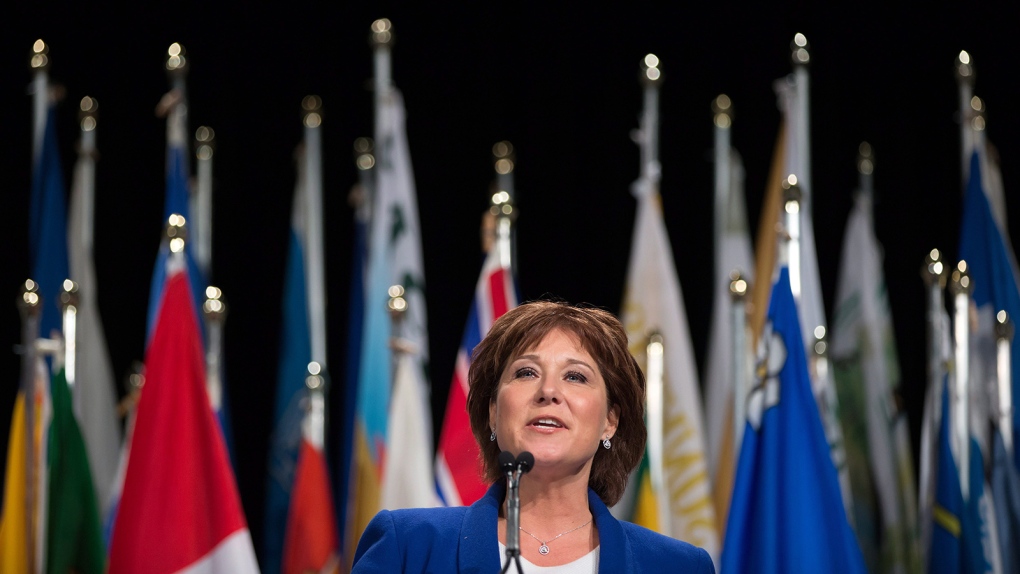 VICTORIA -- Premier Christy Clark's promises to transform British Columbia into Canada's top job-creating engine appears to be stuck in second gear, even as the provincial economy is predicted to surge.

Clark's unfulfilled economic goals, with a focus on the liquefied natural gas industry, are expected to fuel debate as B.C. politicians return to the legislature Monday.

The premier's four-year-old plans set lofty and ambitious goals and aimed to place B.C. among the top two Canadian provinces for economic and job growth for 2015.

Recent Statistics Canada economic data indicates B.C. is poised to lead Canada or be near the top when it comes to economic growth, ranging between two per cent and 2.9 per cent. But job growth, measured at 0.7 per cent last August, puts B.C. in fifth place among the provinces for job creation.

"The information we have at this time is looking like we are going to be in the top three," said Greg Kyllo, a parliamentary secretary with the Ministry of Jobs, Tourism and Skills Training. "We've created a little over 92,000 jobs since the jobs plan was created."

"The jobs plan has been anaemic at best," he said. "We're probably sixth or seventh in the country in terms of job creation."

A B.C. government labour-market outlook released last year projects almost one-million job openings by 2022, with about 700,000 of the openings a result of retirements.

The survey forecasts the creation of more than 315,000 jobs through economic development. It also includes the prospect of creating 100,000 jobs connected to the liquefied natural gas industry.

But Simpson said the jobs plan is also sputtering on LNG, missing its target of one LNG plant in operation by 2015 and three more running by 2020.

There are currently 20 proposals for LNG plants in B.C., with the $36-billion Petronas-backed Pacific NorthWest LNG project near Prince Rupert in the planning stages, but none is operational.

"The real problem with the jobs plan is the government was so myopic in their thinking, so focused on LNG, that they ignored a whole range of other critical sectors," said Simpson.

Finlayson said the government has a limited capacity to influence job creation and should relax that focus and instead look at working with business sectors, including technology, forestry and resources.

"If I were developing an economic-development strategy for B.C. it wouldn't be centred around jobs to be candid. It would be looking at what I describe as which sectors do we want to encourage growth."

He said worldwide economic factors in the past four years have hurt job growth in B.C., including a drop in commodity prices. The economy in China has lost steam and the value of the Canadian dollar has dropped from parity with the U.S. dollar to about 75 cents, he noted.

"These are all some pretty big adjustments," Finlayson said. "Globally, the mining industry has gone into the tank. It's difficult to imagine a lot of growth taking place in a sector like mining. Natural gas prices are plumbing the depths and our traditional export market in the U.S. is drying up."

But B.C. Finance Minister Mike de Jong, who admitted recently that B.C.'s job growth is under-performing, said the province is heading towards another surplus budget and is poised to lead the country in economic growth through 2016.

"We are, by any measure, proving to be remarkably resilient," he said.