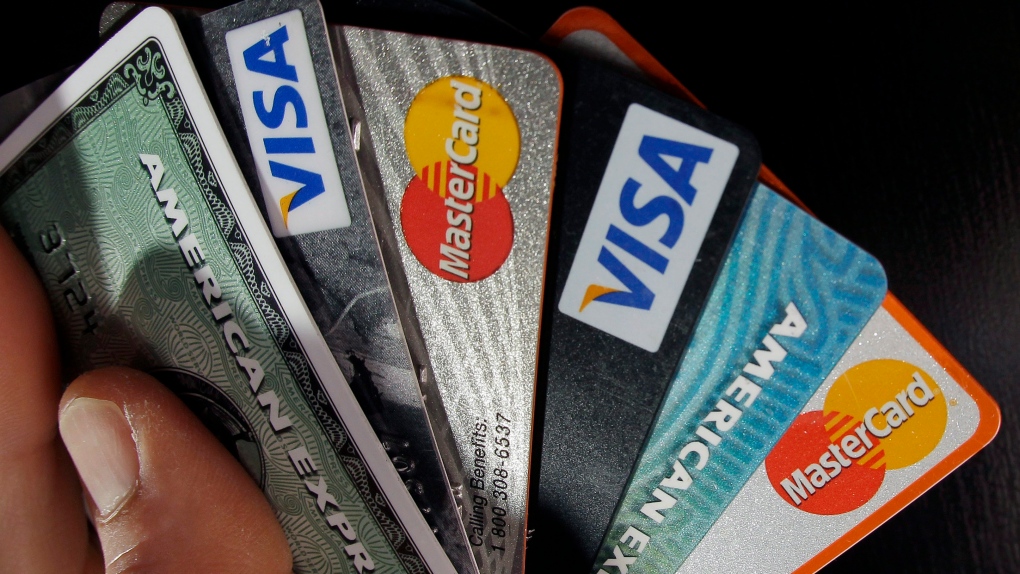 TORONTO -- A new study shows that non-mortgage debt is continuing to rise in Canada, but at a relatively modest pace, and that low delinquency rates indicate Canadians have so far been able to handle the increase.

The study by credit reporting agency TransUnion says that the average consumer debt load, excluding mortgages, increased $225 to $27,355 in the third quarter.

It says the quarterly increase of 0.83 per cent was in line with the rise observed in second quarter, after a significant decline of two per cent in the first. On a year-over-year basis, total debt increased 2.19 per cent from $26,770 at the end of the third quarter in 2012.

Despite the increase, two of the country's largest cities --Toronto and Vancouver -- both experienced quarterly and yearly declines in average consumer total debt.

Montreal, the country's second-largest city by population, saw minimal rises on both a quarterly and yearly basis, while the only major city to experience a rise in debt greater than the national average was Edmonton, with total debt rising 4.6 per over the past year.

"The relatively low delinquency levels observed in the third quarter are a positive sign that Canadian consumers are managing their greater debt loads," said Thomas Higgins, TransUnion's vice-president of analytics and decision services.

"Credit card delinquencies saw the biggest decline on a percentage basis in the last year, which is a positive as we embark on the final three months of the year when credit card usage tends to pick up."

Meanwhile, the study showed that the increase in average debt varied throughout Canada, with provinces experiencing year-over-year changes from a low of minus 0.4 per cent in British Columbia to a high of 15.49 per cent in Saskatchewan.

Elsewhere, consumer debt levels fell 0.03 per cent in Ontario, while rising 2.72 per cent in Quebec and 7.46 per cent in Alberta. The report did not give figures for other provinces.