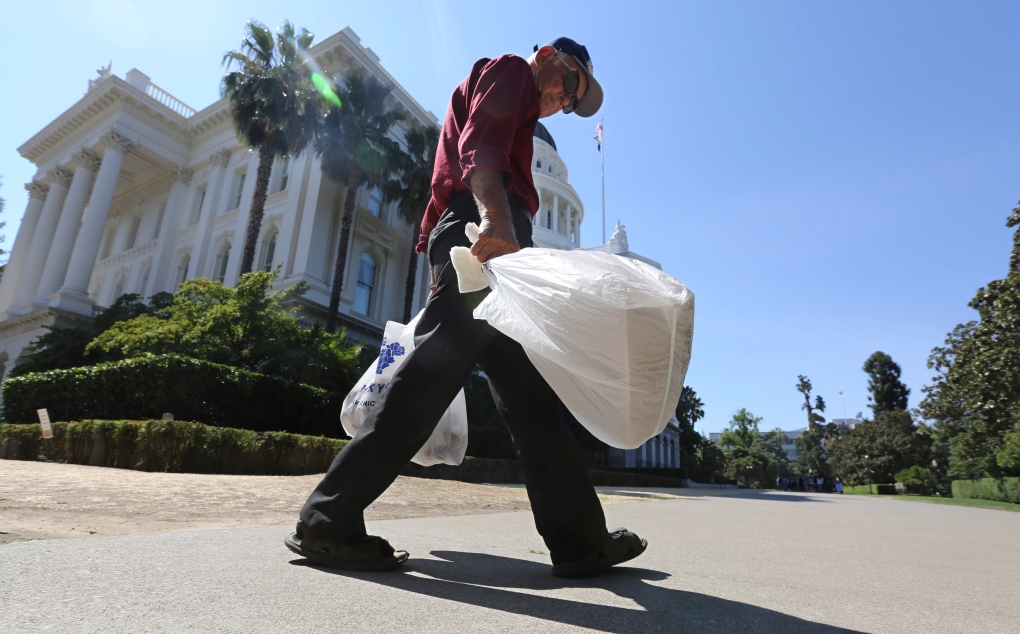 CANBERRA, Australia -- Australian supermarket workers have found themselves at the front line of an angry consumer backlash over moves to ban single-use plastic bags, with a vocal minority abusing cashiers and one customer wrapping his hands around an employee's throat, union officials said Monday.

Retail giants Woolworths and Coles, which account for around 70 per cent of the Australian supermarket trade, announced last month new goals to reduce plastic products and packaging in response to customers wanting a greener shopping experience.

One customer took his anger over a lack of free plastic bags out on a female staff member at a Woolworths supermarket at the west coast city of Mandurah on June 22 -- two days after the ban began in Western Australia, New South Wales, Victoria and Queensland states, the union's Western Australia assistant secretary Ben Harris said.

"He came up behind her and put his hands around her throat," Harris said.

"I don't know how much pressure he applied, but any physical contact is in appropriate and especially if it's from behind, I image it's particularly intimidating," he added.

Woolworths state general manager Karl Weber said police had been contacted over the incident and the employee had been offered support. The customer had been banned from the store.

"The safety of our team is of the utmost importance and we do not tolerate abusive behaviour toward them in any circumstance," Weber said in a statement.

Woolworths announced last week that their reusable bags would be given away for free for 10 days until Sunday July 8 while customers got used to the absence of single-use bags.

Coles introduced its single-use bag ban from July 1, and opened all checkouts with additional staff in supermarkets to help customers cope with the change.

"It'll take a little while for some members of our public to get used to remembering to take their reusable bags, but it won't take long until many of us just use it as everyday practice," she said.

The union has launched a public information campaign to discourage customers from taking their frustrations out on staff.

As well as complaints about the cost of bags, the union said customers are pressuring staff to overload the reusable bags so fewer are required and to handle unhygienic bags that customers have brought with them, including ones that contained vomit, dirty diapers and rat feces.

Before Woolworths and Coles took action, half of Australia's eight states and territories had already banned single-use plastic shopping bags by law.

But the most populous states, New South Wales and Victoria -- where more than half the Australian population live -- have resisted change.