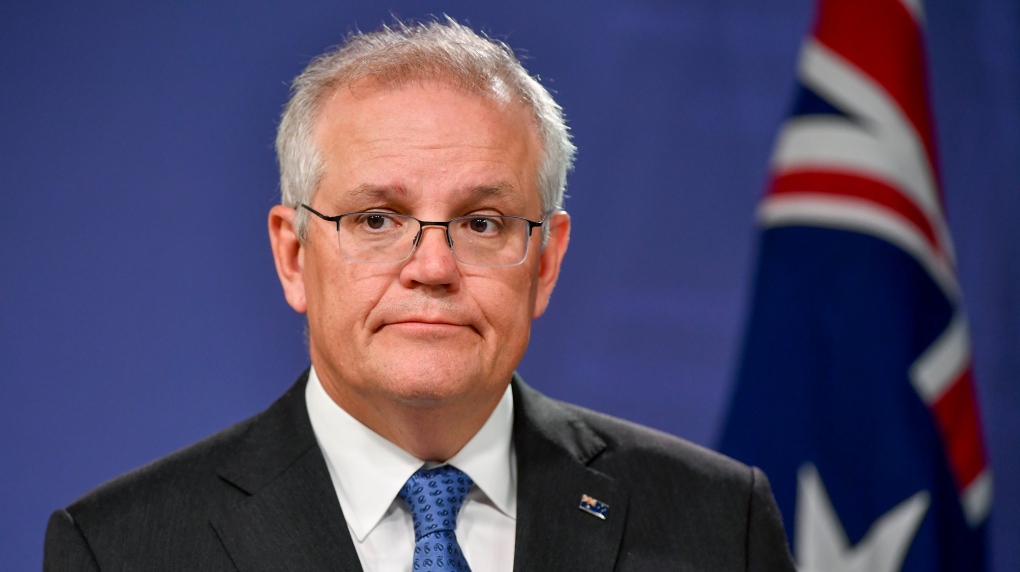 The bilateral deals with Victoria state were among four vetoed under new laws that give the federal government power to overrule international agreements by lower-level administrations that violate the national interest, Foreign Minister Marise Payne said late Wednesday.

The "Belt and Road" deals struck with Beijing in 2018 and 2019 triggered the legislative response.

Victoria Education Department pacts signed with Syria in 1999 and Iran in 2004 were also cancelled.

"I consider these four arrangements to be inconsistent with Australia's foreign policy or adverse to our foreign relations," Payne said.

The Chinese Embassy in Australia said in a statement the decision "further shows that the Australian government has no sincerity in improving China-Australia relations."

"It is bound to bring further damage to bilateral relations, and will only end up hurting itself," the embassy said on Thursday, referring to the Australian government.

The Global Times, a mouthpiece of the Chinese Communist Party, said in a headline: "Australia faces serious consequences for unreasonable provocation against China."

The move "marks a significant escalation that could push icy bilateral relations into an abyss," the newspaper added.

Australia's bilateral relations with its most important trading partner are at their lowest point in decades. Chinese government ministers refuse to take phone calls from their Australian counterparts, and trade disruptions are widely seen as China imposing economic punishment.

But Payne said Thursday she did not expect China to retaliate.

"Australia is operating in our national interests. We are very careful and very considered in that approach." Payne said.

"It's about ensuring that we have a consistent approach to foreign policy across all levels of government, and it isn't about any one country," she said. "It is most certainly not intended to harm Australia's relationships with any countries."

Victoria's centre-left Labor Party government said the Foreign Relations Act, under which the deals were cancelled, was a matter for the federal government.

"The Victorian government will continue to work hard to deliver jobs, trade and

economic opportunities for our state," the statement said.

Victoria's opposition leader Michael O'Brien, who vowed to scrap the deals if he won elections next year, welcomed the federal government's decision.

O'Brien, who belongs to the same conservative Liberal Party as the foreign minister, said the Victorian government had "given away major infrastructure contracts to Chinese-owned companies" under one deal.

"In return, the Chinese government has smashed our farmers with tariffs on barley. They have smashed our wine exporters with trade sanctions," O'Brien told Melbourne Radio 3AW.

Observers have described the Victorian deals as vague and non-binding. Some suspect their value to the Chinese Communist Party was to exploit differences in opinion in Australia over "Belt and Road" deals, which critics argue can create debt traps for poor countries.

Australian Defence Minister Peter Dutton said his government would not allow the Chinese Communist Party to use such deals with Australian states as "propaganda."

"Our problem is with the values or the virtues or the outlook of the Chinese Communist Party," Dutton told Sydney Radio 2GB.

The party had militarized ports in the Asia-Pacific region and Australian security agencies had reported an increased level of foreign interference across the region, Dutton said.

"We're worried about cyberattacks and we're worried obviously about state governments that enter into compacts with the Communist Party against our national interests," Dutton said.

"We can't allow these sort of compacts, these sort of arrangements and friendships to pop up because they're used for propaganda reasons and we're just not going to allow that to happen," he added.