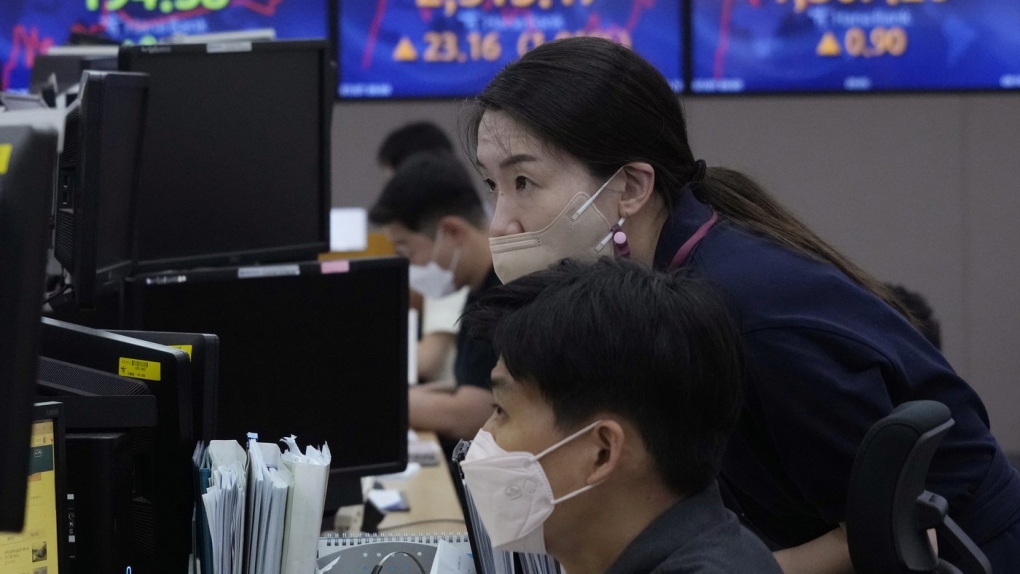 Markets got off to a strong start on a report about China preparing to inject US$220 billion of stimulus with infrastructure spending.

“That certainly helped with a risk-on tone to start the day,” said Mike Archibald, vice-president and portfolio manager with AGF Investments Inc.

It helped drive copper prices to climb nearly five per cent after being under pressure on concerns about slowing economic growth.

“That's really lighting a fire under all the base metal companies,” he said in an interview as a weaker U.S. dollar also helped all commodities, including metals and oil prices.

The Canadian dollar traded for 77.01 cents US compared with 76.65 cents US on Wednesday.

Telecommunications was the lone sector on the TSX not to end higher, with energy leading by rising 4.5 per cent on higher crude oil prices and a 14.2 per cent jump in natural gas prices.

Advantage Oil & Gas Ltd increased 13.4 per cent while Crescent Point Energy Corp. rose 13.1 per cent after it raised its quarterly dividend for the second time in less than two months.

Six of the sectors increased by more than two per cent as cyclical sectors benefited from the gains.

Technology increased 3.0 per cent as Shopify Inc. rose 6.4 per cent. Aritzia Inc. climbed 7.6 per cent to move consumer discretionary up on the day.

Markets also welcomed remarks from two Federal Reserve officials, which followed Wednesday's meeting minutes from the central bank's last meeting, to reaffirm that upcoming rate hikes won't be incrementally hawkish, at least in the next couple of meetings.

Governor Christopher Waller and St. Louis Fed president James Bullard both said they support another 75 basis point increase this month to curb inflation while Waller said he believes the U.S. economy is on solid footing and can avoid a recession.

Pushing back on that outlook was jobless claims data that was slightly higher last week, a day before employment reports are released in both countries.

The Royal Bank also put out a report suggesting Canada is headed toward a recession in 2023, but it will be short-lived and not as severe as prior downturns.

Whether recessions occur or not, economies are slowing because of rising interest rates.

“We're getting to a point in time here we're starting to see some positive signs of inflation either peaking or certainly slowing down,” Archibald said, pointing to slowing employment growth, softening consumption and weaker markets.

“It's been challenging 2022 for sure to start the first half, but it feels like we're kind of getting a little bit closer to the end of the hiking cycle.”

Despite the market gains, Archibald cautioned that trading volumes were very low during up days and big on down days, which could be a negative signal.

“That is still telling me that there's a lack of conviction that we've hit the bottom in broader markets,” he said. “Until we kind of see that with conviction on volume then I'm a little less certain that we've kind of passed the worst for the year.”

This report by The Canadian Press was first published July 7, 2022