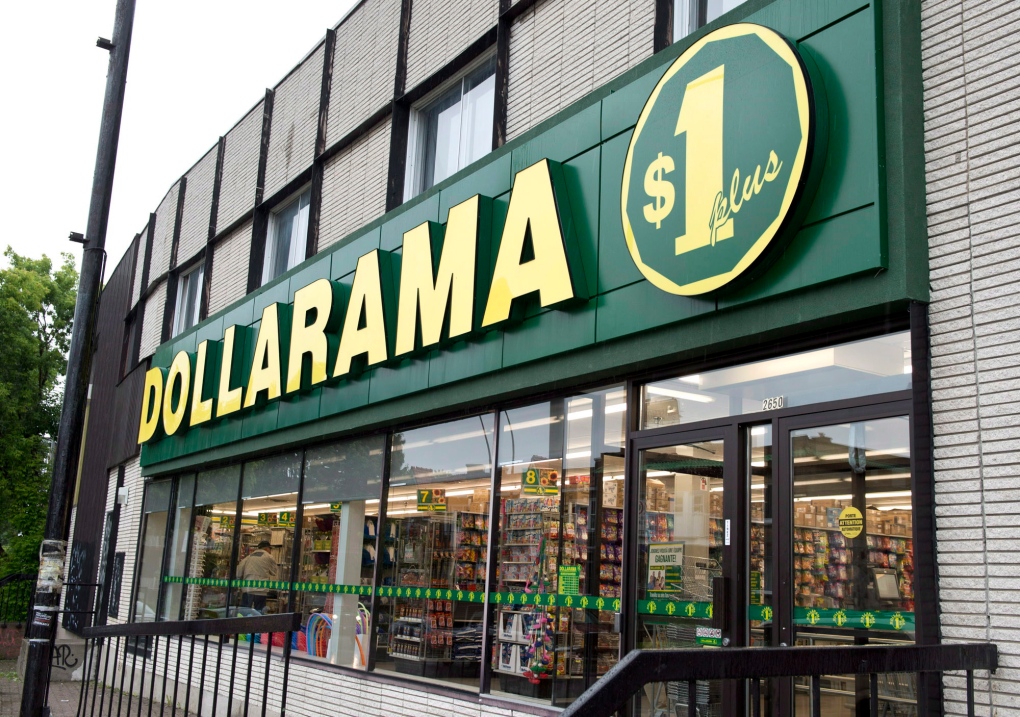 A Dollarama store is seen in Montreal on Tuesday, June 11, 2013. (Paul Chiasson / THE CANADIAN PRESS)

MONTREAL -- Dollarama plans on using mobile cash registers in its stores to reduce long lineups that can be especially prevalent during seasonal rushes, saying Wednesday that it expects to have a couple of handheld devices available in most stores by next year.

And some outlets will be getting he units later this year after WiFi networks are installed, mainly to simplify inventory counting by employees, the company said.

"We can do transactions paid by debit cards and free up lines, especially in busy periods like Christmas and Halloween," chief financial officer Michael Ross said Wednesday after the company's annual meeting.

While U.S. retailers like Nordstrom use such devices as cash registers, analyst Brian Yarborough of Edward Jones said Dollarama would be at the technological forefront among dollar stores, something that could drive sales even higher.

"Definitely it helps alleviate the potential for customers getting irritated that they can't get someone to check them out," he said in an interview.

That amounted to 50 cents per share, up from 39 cents last year and three cents above analyst estimates as compiled by Thomson Reuters.

Sales rose nearly 13 per cent to $566.1 million, while comparable sales from locations open at least a year were up 6.9 per cent.

Dollarama added 17 stores in the quarter ended May 3, bringing the total to 972 locations. The company expects to open its 1,000th store this fall on the way to a maximum of about 1,400 over the next few years.

The Montreal-based chain has said pressures from a higher U.S. dollar will eventually force it to raise prices above the current $3 maximum. But CEO Larry Rossy said that won't happen this year or maybe even next.

"If we do go above $3, I don't think we want to go above $4," he said later during a conference call, but refused to rule it out.

More than 73 per cent of its sales came from items priced above $1 in the quarter, up from 62 per cent a year ago.

Rossy said it is increasingly a challenge to find products that can be sold at $1 given exchange rates. Dollarama no longer boasts that more than half its sales come from items priced at $1 or less.

However, he cautioned that as it sells more expensive items it will compete more with large retailers like Walmart.

"There's not as many competitors in this $1 and $2 price point but as you move up you will start butting heads with additional competitors."