Are avocados toast? What shutting the U.S.-Mexico border would mean 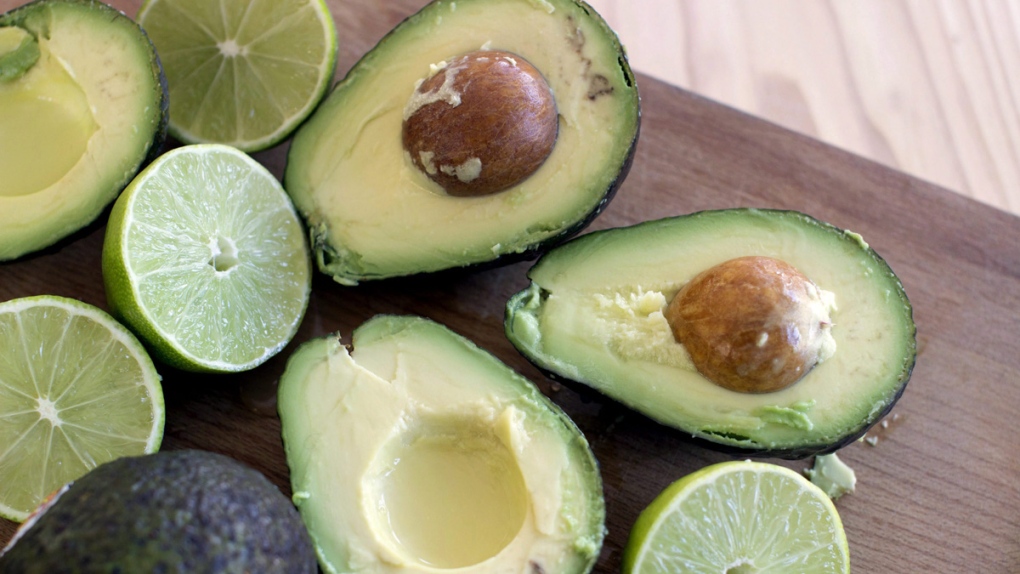 Precious supplies of avocados, so dear to American hearts, wiped out, while other fresh fruits and vegetables also rot in trucks, with supplies exhausted in as little as 48 hours.

Fuming over migration, U.S. President Donald Trump on Wednesday reiterated his threat to close the U.S.-Mexico border -- among the busiest in the world, across which US$1.7 billion in goods and hundreds of thousands of people travel in both directions every day.

This has drawn a collective gasp from economists, Congress and industry, who fear a catastrophe that could tip the world's largest economy into recession as ties with Mexico, its third-largest trading partner, grind to a halt.

"It comes close to being unthinkable," Daniel Griswold, director of the trade and immigration project at George Mason University's Mercatus Center, told AFP.

He spoke of waves of joblessness, lost business and deepened suffering among farmers who have already been hurt during Trump's multi-front trade wars with China, Europe, Canada and Mexico.

"It would be like erecting a wall in the middle of the factory floor. It would be a complete disruption and it wouldn't be immediately undone if the borders re-opened."

"The losses would be huge and grinding," he added.

On average, more than 17,000 trucks cross into the United States from Mexico every day, according to U.S. Bureau of Transportation Statistics, hauling the lion's share of the $612 billion in two-way trade recorded last year.

U.S. officials say the port of San Ysidro, which lies between San Diego, California and Tijuana, Mexico, is the busiest land port in the Western Hemisphere, processing 70,000 northbound vehicles and 20,000 northbound pedestrians every day.

In 2018, the largest U.S. imports were Mexican-made autos and auto parts, which together totaled $114 billion, according to Commerce Department figures, while just in petroleum and coal products, industrial chemicals and machinery, the United States sent back more than $70 billion.

No seatbelts? No cars

The 1994 North American Free Trade Agreement -- which Trump is seeking to replace with a revamped version -- allowed manufacturers and farmers to exploit continent-wide supply chains, taking advantage of low-cost labor in some regions and high-tech capacities in others.

Auto manufacturers have therefore interwoven their supply chains across North America, with parts produced in one country added in others, meaning motor vehicles may cross borders repeatedly before they are completed.

And halting this trade would do nothing short of drive the U.S. economy into recession, according to Kristin Dziczek, vice president of the Center for Automotive Research.

"We see all production halting within a week," she told AFP, adding that this would result in immediate layoffs.

Just-in-time supply chains mean there are no reserves to fall back on in case of a border closure, according to Dziczek.

"As soon as they don't have one part, production stops," she said.

Mexico provides about 70 per cent of all the wiring harnesses used to transmit power within U.S.-manufactured vehicles and 60 per cent of the seatbelts, meaning American auto plants would be crippled without the Mexican-made goods, she said.

"Want to buy a car without a seatbelt?" she asked, noting that it was illegal in the United States to sell incompletely assembled vehicles.

For each U.S. auto assembly worker, there are seven to nine other jobs in industries directly dependant on auto production and marketing: shipping, rail, accounting, engineering, advertising, she added.

Meanwhile, Mexico is also the largest source of U.S. agricultural imports, sending more than 6 billion pounds (2.7 million metric tons) of produce northward annually -- feeding much of America in the colder months when fresh fruits and vegetables are out of season.

Perishable tomatoes, cucumbers, eggplants, bell peppers, mangoes and avocados do not languish in warehouses, according to Allison Moore, vice president of the Fresh Produce Association of the Americas in Nogales, Arizona.

"We're not in the storage business," Moore told AFP. "You're gonna see us run out of product in two days, max."

Research produced with the University of Arizona, a U.S. state that sits atop a fertile corridor of farmland south of the Mexican border, shows that nationwide about 30,000 U.S. jobs are tied just to importing Mexican tomatoes, she said.

"When there's no work at local warehouses, there are gonna be layoffs," said Moore.