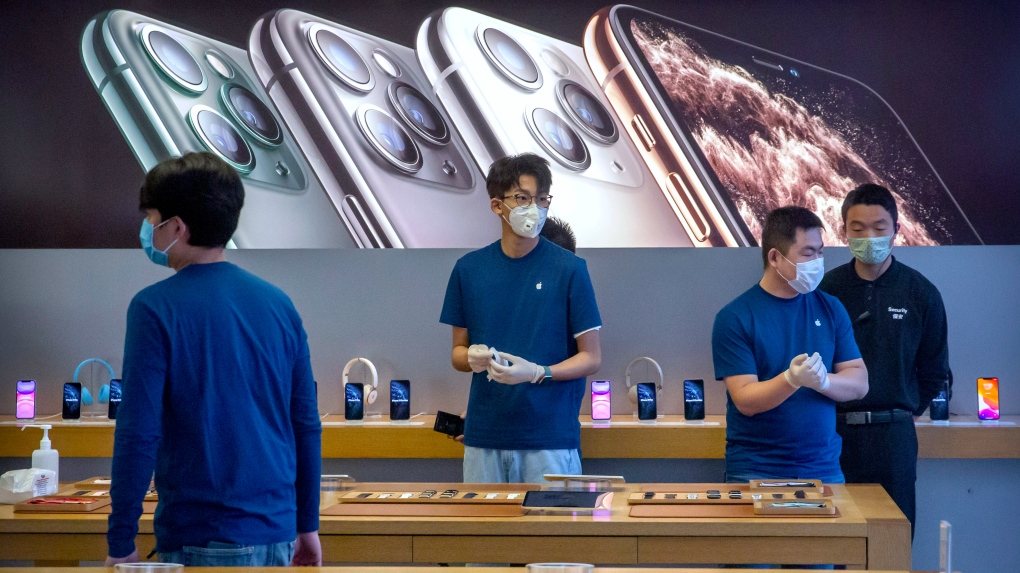 In a Feb. 14, 2020 file photo, employees wear face masks as they stand in a reopened Apple Store in Beijing. (AP Photo/Mark Schiefelbein, File)

Apple Inc. is warning investors that it won't meet its second-quarter financial guidance because the viral outbreak in China has cut production of iPhones.

The Cupertino, California-based company said Monday that all of its iPhone manufacturing facilities are outside Hubei province, and all have been reopened, but production is ramping up slowly.

The company says demand for iPhones is also down in China because Apple's retail stores are closed or operating with reduced hours.

Apple says the situation is evolving and it will provide more information on its next earnings call in April.