Amid global turmoil, superyachts are selling more than ever. Here's why

Amid global turmoil, superyachts are selling more than ever. Here's why 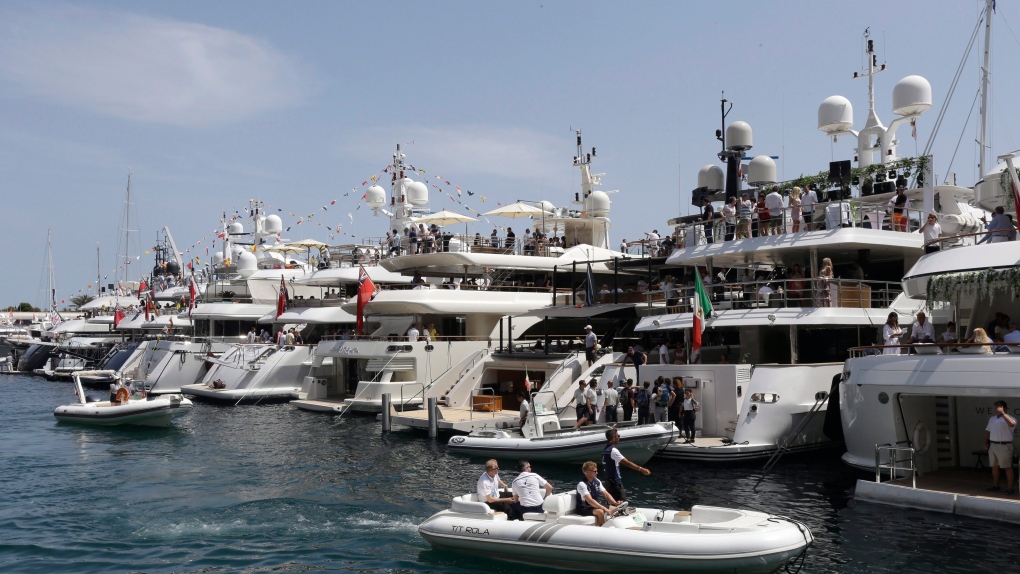 Spectators from yachts watch the qualifying for Sunday's Monaco Formula One Grand Prix at the Monaco racetrack, in Monaco, Saturday, May 26, 2018. The Formula one race will be held on Sunday. (AP Photo/Claude Paris)

The world is in turmoil. The spectre of global conflict lurks on the horizon. Energy prices are putting the squeeze on millions. COVID lingers. But in Monaco, at the yachting world's most glamorous event, it's business as usual.

This week, superyachts with a combined value of somewhere near $3.8 billion gathered together in the azure waters of the tiny European principality for the 31st annual Monaco Yacht Show. And no amount of geopolitical anxiety could tarnish the glitz.

"All of the boats are here," Johan Pizzardini, head of communications and media for the Monaco Yacht Show told CNN Travel on the eve of the four-day event's grand finale. Some 118 superyachts were among the luxury vessels on display in the country's Port Hercule.

The superyacht crowd were out in force too.

The show is specifically dedicated to the superyacht market. Every year, during normal times, an estimated 30,000 people descend on this tiny Mediterranean Riviera country to view the astounding spectacle of some of the biggest and most expensive superyachts in the world assembled in one place.

And while the event is undoubtedly an opportunity for wealthy boat owners to let their hair down in a safe space, sequestered away from the non-yacht-owning world, it's also a chance to go shopping for yet more ocean-going opulence.

It is, as Pizzardini acknowledges, a "niche market." But one that shows little signs of slowing down, despite turbulent times. There are around 40 brand new luxury yachts this year, including the massive 115.1-metre AHPO, the largest superyacht ever exhibited here.

Some of the huge yachts throwing out their mooring ropes, including the 62-metre Rio from Italian shipbuilder CRN and Tankoa Yachts' 50-meter Kinda, belong to first-time yacht buyers.

This reflects a growing trend that developed significantly during the pandemic, when a vast number of new buyers opted to go big rather than work their way up from a smaller yacht.

"It [the pandemic] inspired people who were always thinking about buying a yacht," Bob Denison, president and founder of Fort Lauderdale-based yacht brokerage Denison Yachting, which has four boats on display at the show, tells CNN Travel.

"People are thinking, 'we're not going to wait 10 years.' They were coming out of nowhere and buying a 60-metre (yacht).

"We're still seeing a lot of that, and I think that's something that will continue. People are taking the plunge."

Pizzardini has also noted a change in the attitudes of potential superyacht buyers as a result of the global pandemic.

"We saw a carpe diem period in which prospective clients that had been hesitating from chartering or purchasing a yacht for months or for years, saying, 'Okay, in this period of uncertainty, I need to enjoy life,'" he says.

While there's no doubt that the sanctions imposed against Russia over its invasion of Ukraine, which led to some of the largest and most expensive superyachts in the world being temporarily frozen, have had some impact on the industry, demand remains very strong.

Arthur Brouwer, chief executive officer of Dutch shipyard Heesen, notes that "order books are quite full" across the board despite elements of global uncertainty, due to the "post-Covid push."

In fact, Boat International's 2022 Global Order Book indicated that 1,024 superyachts were under construction or on order in 2022, an increase of 24 per cent on the previous year, with a 10.5 per cent rise in orders for those measuring 45 metres and above.