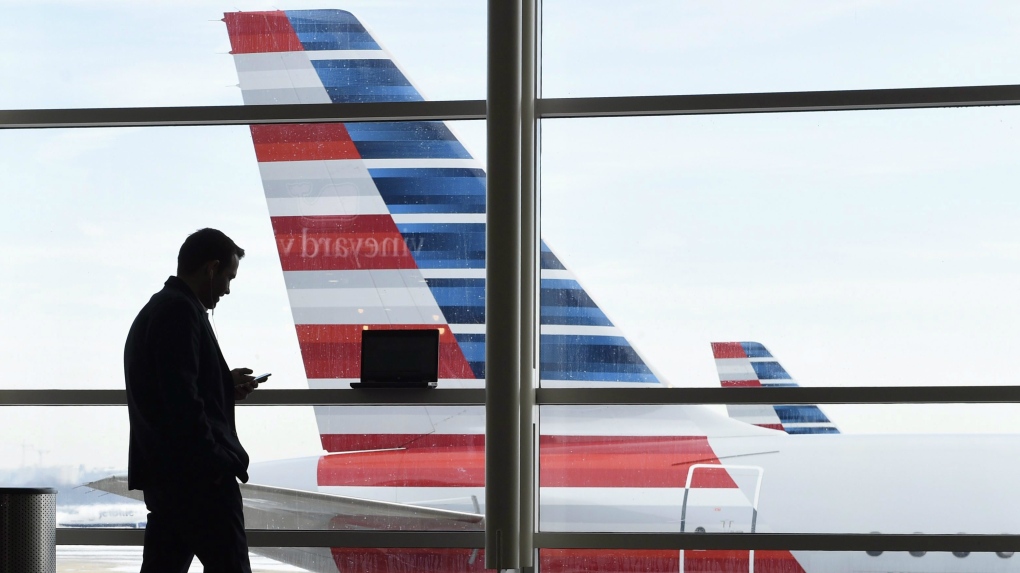 In this Jan. 25, 2016, file photo, a passenger talks on the phone as American Airlines jets sit parked at their gates at Washington's Ronald Reagan National Airport. (AP / Susan Walsh, File)

BEIJING -- American Airlines has agreed to pay $200 million for a stake in China Southern Airlines, the biggest of China's three major state-owned carriers, in a bid for a bigger share of the country's growing travel market.

American and China Southern will expand commercial co-operation, possibly in sales, airport facilities and code-sharing, the Chinese airline said in an announcement Tuesday through the Hong Kong stock exchange. It said the deal represents 2.76 per cent of China Southern's shares and requires regulatory approval.

Foreign carriers are forging steadily closer ties with Chinese airlines to gain a bigger share of China's air travel market, which is growing strongly while travel in Europe and North America is levelling off. In exchange, Chinese carriers get access to experience and management skills.

China is forecast to pass North America over the next two decades as the biggest air travel market.

China's economic growth is slowing but tourism spending is rising as communist leaders encourage growth of service businesses in an effort to reduce reliance on heavy industry.

Chinese spending on air travel rose 10.6 per cent in 2015, compared with 1.7 per cent in the United States, according to the International Air Travel Association.

Regulators in both China and the United States are reluctant to allow large foreign ownership stakes or management control of their airlines.

China Southern, headquartered in Guangzhou, near Hong Kong, is China's biggest carrier by passenger volume but is known for sometimes haphazard service, with flights delayed or cancelled with little notice.

China Southern says it operates more than 2,000 flights a day to 224 destinations in 40 countries and regions in Asia, Europe, North America and Africa. It says it carried 115 million passengers in 2016.

The partnership with American Airlines "is expected to provide continuous impetus for the company's long-term growth," said China Southern's announcement.

American, headquartered in Fort Worth, Texas, says it operates 6,700 flights a day to nearly 350 destinations in more than 50 countries.