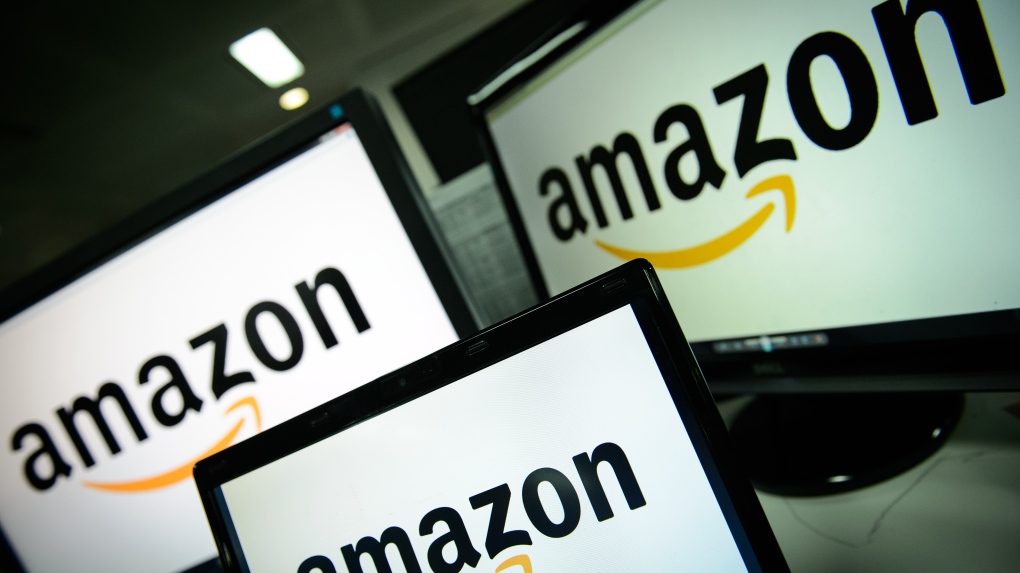 The Pentagon awarded the cloud computing contract to Microsoft in October.

Amazon argues in a lawsuit unsealed Monday in the U.S. Court of Federal Claims that the decision should be revisited because of "substantial and pervasive errors" and Trump's interference.

Amazon and its founder Jeff Bezos are a frequent target of Trump. Bezos personally owns The Washington Post, which Trump has referred to as "fake news" whenever unfavourable stories are published about him.

Amazon said it lost the deal due to Trump's "personal vendetta against Mr. Bezos, Amazon, and the Washington Post."

Pentagon spokeswoman Elissa Smith said in a statement Monday the decision to select Microsoft "was made by an expert team of career public servants and military officers" and without external influence.

Formally called the Joint Enterprise Defence Infrastructure plan, or JEDI, the military's computing project would store and process vast amounts of classified data. The Defence Department has said it will help speed up its war planning and fighting capabilities and enable the military to advance its use of artificial intelligence.

Amazon and Microsoft became the finalists after Oracle and IBM were eliminated in an earlier round of the contract competition. Oracle had also sued, arguing the bidding was rigged in Amazon's favour. Trump publicly waded into the bidding process over the summer, saying he heard complaints and wanted the Pentagon to take a closer look.

"The department is confident in the JEDI award and remains focused on getting this critical capability into the hands of our warfighters as quickly and efficiently as possible," Smith said.

Microsoft said in a statement it has "confidence in the qualified staff at the Department of Defence, and we believe the facts will show they ran a detailed, thorough and fair process."

Charles Tiefer, a government contracting law professor at the University of Baltimore, said it would be "an uphill battle" for Amazon to win the lawsuit.

The company must prove real influence by the president beyond his tweets and campaign speeches. Emails and other documents would have to prove that Trump's views toward Amazon were on the mind of officials in charge of awarding the contract.

"That's hard to show," Tiefer said. "But it's not impossible."

Amazon makes the case in the lawsuit that its cloud services were a better fit for the project because of its speed, efficiency and experience securely handling classified government data. It says the Defence Department made errors in the procurement process that make little sense without taking into account Trump's antipathy toward Amazon. Some of the lawsuit's details are redacted for proprietary or security reasons.

"Basic justice requires reevaluation of proposals and a new award decision," the lawsuit says. "The stakes are high. The question is whether the President of the United States should be allowed to use the budget of DoD to pursue his own personal and political ends."

Amazon Web Services has been the industry leader in moving businesses and other institutions onto its cloud -- a term used to describe banks of servers in remote data centres that can be accessed from almost anywhere. But Microsoft's Azure cloud platform has been steadily catching up, as have other providers such as Google, in both corporate and government settings.

Mike Hettinger, a tech industry lobbyist focused on federal contracting, said a strong case could have been made for either Amazon or Microsoft winning the contract but it is hard for an outside observer to know what went into the government's technical evaluations and whether Trump's comments or actions influenced the outcome. Amazon is likely to use the case to seek more internal documents from the government.

"I don't think anybody knows what happened behind the scenes," Hettinger said. "I think that's what this lawsuit is intended to find out."