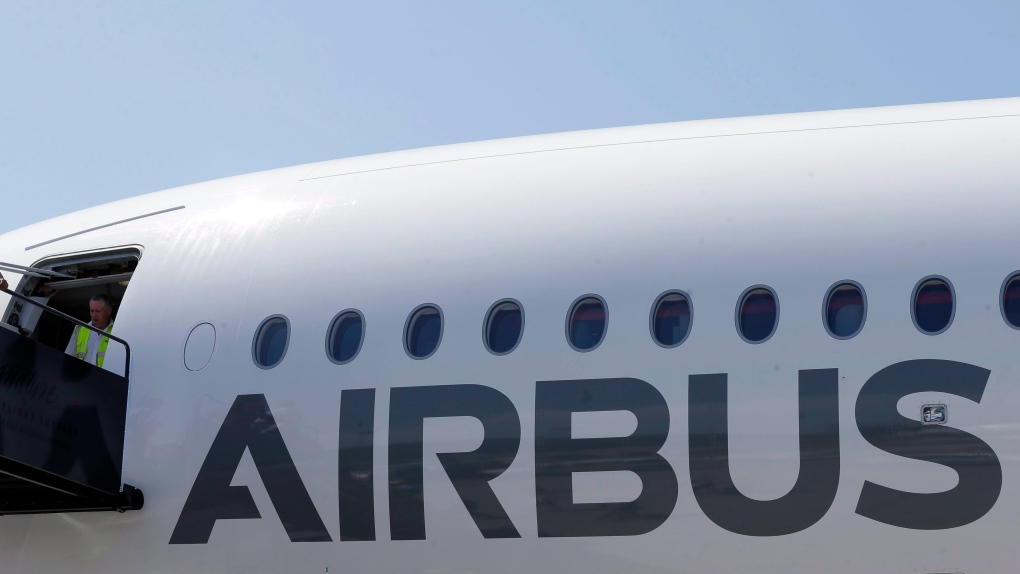 MIRABEL, Que. -- Airbus is not ruling out the possibility that Quebec will host a fighter plane assembly line and satellite construction plant if the European giant manages to win federal contracts in Canada.

Simon Jacques, head of Canadian operations for the multinational, mentioned the possibility Monday at a company event in Mirabel, an off-island Montreal suburb, where it manufactures A220 jetliners, previously known as the Bombardier C Series.

A call for tenders for 88 new fighter planes is expected from Ottawa before the start of the 2019 election campaign in a bid to replace the government's aging CF-18s. Airbus makes the Eurofighter Typhoon.

"Absolutely," Jacques said, when asked if the assembly line could be in Quebec. "We're evaluating our options."

Boeing, Lockheed Martin and Saab are all in the running alongside Airbus for the federal contract.

Jacques said the construction of a new assembly line, which would create numerous jobs, would not pose a logistical challenge given the extra space at the Mirabel plant.

He stressed the need for a "Canadian solution," given that the call for tenders would include local content requirements.

In 2016 Airbus landed its first major contract with Ottawa, which ordered 16 search and rescue aircraft under a $2.4-billion agreement, on top of a pledge for $2.3 billion in maintenance and after-sales service for 20 years. The first vehicle must be delivered by the end of 2019.

The CF-18s put into service in the 1980s were set to be phased out by 2020, but their replacement has turned into a drawn-out saga.

Six years ago, the Harper government abandoned its controversial plans to purchase untendered F-35 fighter jets to take the place of the aging fleet. The Trudeau government, which had subsequently decided to buy 18 Super Hornet aircraft from Boeing -- also without a tender -- cancelled that purchase in 2017 in the wake of a commercial dispute between Boeing and Bombardier over the C Series.

According to Jacques, Canada is "really committed" to "stimulating competition," which may open a door to a manufacturer other than the U.S.-based Boeing.

"I think it's important for Canada to have a different fleet from what is in the United States 1/8with Boeing 3/8," he said, calling the prospect "a good thing for NORAD 1/8North American Aerospace Defense Command 3/8."

Jacques suggested Canada could learn from the United Kingdom, which counts counts Airbus and Lockheed Martin aircraft among its fighter fleet.

Airbus executives also said the Netherlands-based company may turn to Quebec for satellite construction if its proposal is accepted up by Telesat Canada, a satellite operator.

The company had solicited offers from Airbus and the France-based Thales Group as part of an Internet service project tied to the launch of "between 300 and 500 satellites," Jacques said.

"This would change the situation in Quebec," he said, adding that the project would create about 200 new jobs.

Airbus said it is having ongoing discussions with various levels of government, including Quebec and Ottawa, to set up shop in the province if the multinational wins the contract.