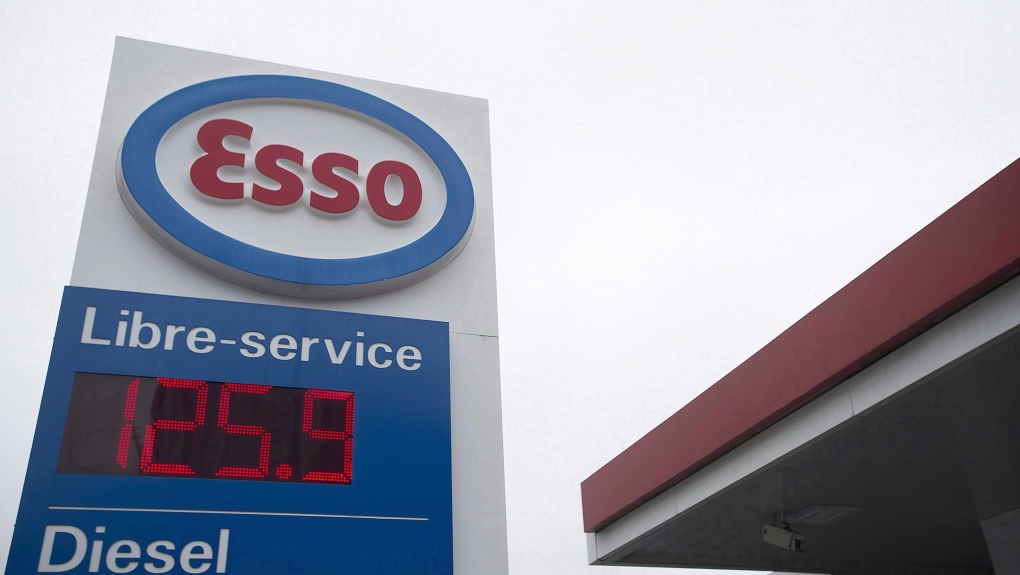 Loblaw Companies Ltd. and Imperial Oil Ltd. have signed a deal that will allow PC Optimum members to earn points at more than 1,800 Esso gas stations starting this summer. (THE CANADIAN PRESS/Graham Hughes)

MONTREAL -- The operator of Aeroplan is pushing back at suggestions that Esso's shift to the PC Optimum card could shake member confidence with the planned departure of Air Canada as a partner looming in 2020.

"We understand the sentiment, but our members have stuck by us over the last year against others' predictions," Cheryl Kim, Aimia's vice-president corporate reputation and public affairs, wrote in an email.

Aimia said it is working on a promotion to earn more miles with existing partners and developing a strategy for how the program will change once the long-term partnership with Air Canada ends.

That includes moving to a model that is less reliant on exclusive contracts and more travel- and experience-centric.

Kim said Esso is not a material contributor to Aimia's financial results and won't affect the company's financial guidance or strategy.

"The number of miles you earn on any particular transaction is pretty low so it's really not financially a big deal," she said in an interview.

She added that members continue to be active as miles earned increased two per cent last year and redemptions ticked only a bit higher.

Aimia noted that up to 1.5 miles for every dollar spent will continue to be earned when using Aeroplan-affiliated credit cards for purchases at any retailer, including Esso.

Drew McReynolds of RBC Dominion Securities said that while Esso accounts for an undisclosed fraction of the 10 to 12 per cent gross billings from non-financial and non-Air Canada partners, the minimal financial impact doesn't convey the overall effect on Aeroplan as it prepares for the departure of Air Canada.

However, Aeroplan has lost and gained partners before, said Analyst Neil Linsdell of Industrial Alliance Securities, who doubts Esso's move will have an impact on what other partners might do.

"It's not like somebody's just dumped Aeroplan because they don't want to be associated with it," he said in an interview.

"It's that they've got a better competitive program that they want to work with and so they're just moving their focus."

Aligning with Loblaw could deliver a broader demographic than the higher-end consumers targeted by Aeroplan, he said.

Linsdell said the announcement of Aimia's new strategy for Aeroplan, including improving its car rental and hotel offering, will reassure members and investors. Some details may be disclosed at next month's annual meeting, but he said people shouldn't expect any details about new airline partners until mid-2019, at the earliest.

He said Aimia's board and management could be on the hot seat on April 27 from shareholders who are upset that Aimia's share price has plummeted to $1.53 from $8.93 in May 2017.

Mittleman Investment Management LLC of New York, Aimia's largest shareholder, recently increased its ownership to 15 per cent. The firm has indicated it may push for changes to Aimia's board, management and seek a sale of some or all of the business.

The proxy circular for the meeting, including shareholder votes, hasn't yet been disclosed.

Mittleman was unhappy with Aimia's sale of its Nectar business to British retailer Sainsbury for $105 million.

Loblaw said members will earn 10 points per litre on fuel as well as 10 points per dollar on eligible convenience store purchases and car wash services at Esso stations.