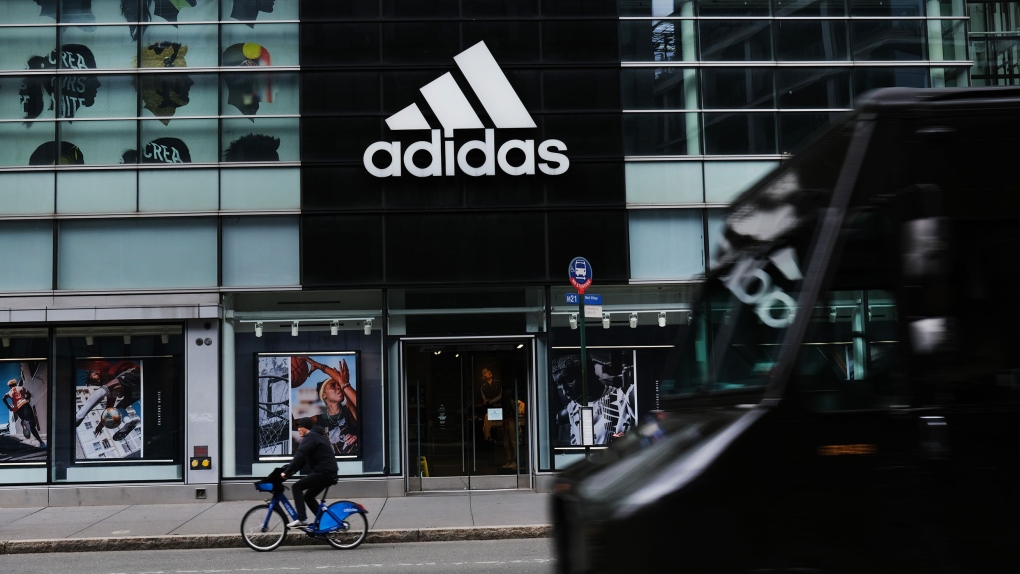 Adidas announced that it plans to fill a minimum of 30% of new positions with black or Latinx people. (Spencer Platt/Getty Images)

NEW YORK -- The head of global human resources at sports apparel and shoe company Adidas resigned Tuesday following criticism from employees of what they see as the company's failure to diversify its workforce.

Karen Parkin's resignation comes after a group of Black employees called on Adidas' supervisory board to investigate her and her strategy for addressing racial issues in the workplace. The employees are also pressing the company based in Herzogenaurach, Germany, to create an anonymous public channel to submit any problems about racism.

The demands from Black employees were reported by The Wall Street Journal in mid- June.

"I am deeply committed to our goals of creating a more diverse, inclusive and equitable company," Parkin, a board member, said in a statement. "While we have made progress in many areas, there is much more work to be done. However, it has become clear to me that to unify the organization it would be better for me to retire and pave the way for change."

Igor Landau, chairman of Adidas AG's supervisory board, said in a statement that Parkin's decision to leave the company reflects her belief that a new HR leader will "best drive forward the pace of change that Adidas needs at this time."

In the wake of protests over police brutality sparked by the death of George Floyd, for which four former Minneapolis police officers have been charged, Adidas, like many other brands, took to social media in support of racial equality. But employees at Adidas and other companies like Amazon accused them of hypocrisy, saying their own workforces lacked diversity.

Following the criticism, Adidas said that it would invest $120 million toward U.S. initiatives focused on ending racial injustice and supporting Black communities through 2025. Among other initiatives, it promised that a minimum of 30% of all new positions -- internal and external -- will be filled with Black and Latino talent.

Adidas employs about 59,000 people around the world.

Adidas said its CEO Kasper Rorsted will assume responsibility for global human resources on an interim basis until a successor is appointed.

Parkin first joined Adidas in 1997 as sales director for Adidas UK. Since that time, she has held a number of positions of increasing responsibility at the company across customer service, business development, supply chain and human resources, culminating in heading up global human resources division over the past 5 1/2 years. She was appointed to the company's executive board in 2017.