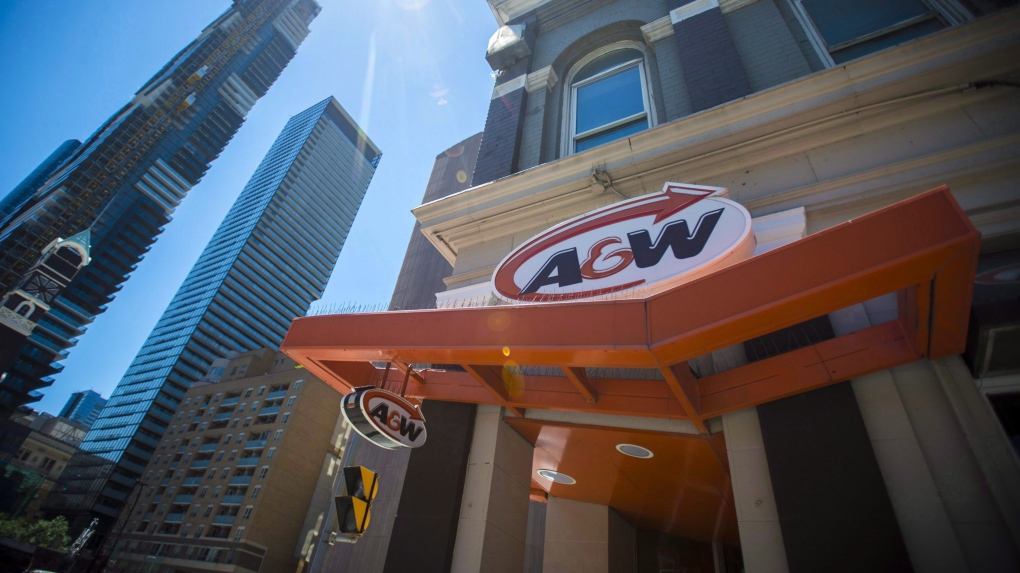 An A&W Restaurant in Toronto is photographed on Monday, July 9, 2018. (THE CANADIAN PRESS / Tijana Martin)

The quarterly growth continues to be led by particularly strong performances in Quebec and Ontario, as well as in British Columbia, said CEO Susan Senecal during a conference call with analysts.

"One of the drivers behind our sales growth is our innovation with high-quality ingredients that guests can feel good about," she said, referencing the company's commitment to serve beef from cows raised without the use of artificial hormones or steroids, non-processed cheese, and eggs from hens fed a vegetarian diet free of animal byproducts, among others.

She also highlighted menu innovation, including the company's launch of all-day breakfast in 2017 and decision to start selling Beyond Meat burgers -- a plant-based protein -- that's now offered across a slew of other restaurant chains in Canada.

The burger chain continues to see consistent sales from this menu item, she said, with some guests choosing the plant-based patty occasionally, while for others it's the only burger they'll ever order from the restaurant.

"People are becoming much more experimental and wanting to try new things, where that was less the case in the past," said Senecal.

"So, that's a good thing in terms of our business."

The same-store sales growth and sales from 38 net new restaurants added to the fund's royalty pool on Jan. 5 this year boosted gross sales for the quarter to $370.4 million from 934 stores. That's up from $350.2 million in the same quarter of last year when there were 896 stores.

Net income excluding non-cash items came in at $8.4 million for the quarter, down from $8.6 million in the third quarter of 2018. Analysts surveyed by financial markets data firm Refinitiv expected net income for the quarter to match last year's level at $8.6 million.