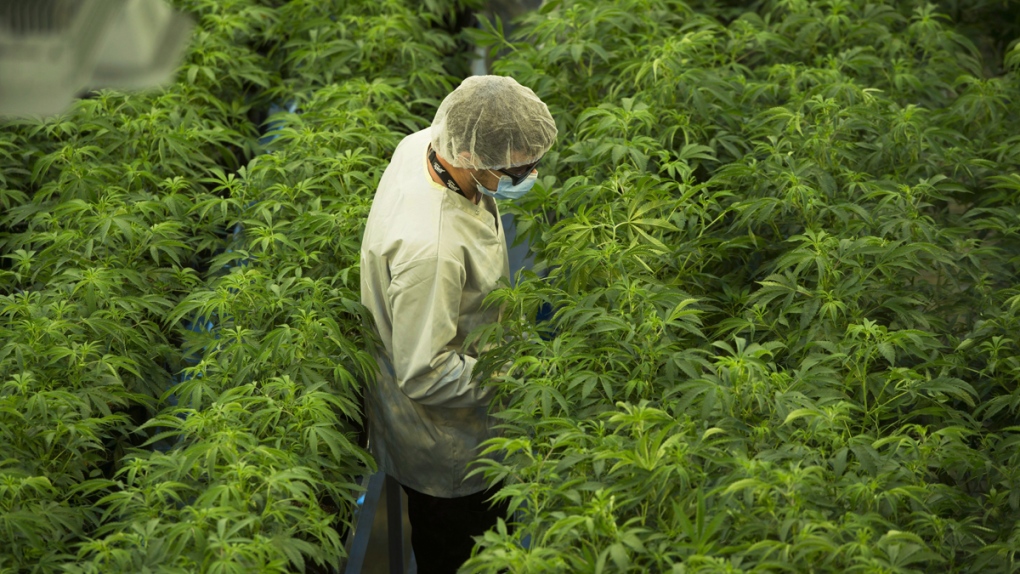 Canopy Growth Corp. expects to have about 30 pot-infused products on the market by the end of the year, including distilled cannabis to be used in mixed drinks.

The Smiths Falls, Ont.-based company will start with beverages, edibles and vapes and plans to roll out 32 specific items by end of December, and add 20 more over the following 12 months.

"What you'll see is our new products will come to market on retail shelves across late December, early January, based on the province," Canopy president Rade Kovacevic said in an interview.

Cannabis products such as beverages and topicals became legal on Oct. 17, one year after Canada legalized pot for recreational use.

However, due to the mandatory 60-day notice period that companies must provide to Health Canada before they are able to sell these new pot goods, the earliest they can hit legal shelves is mid-December.

Depending on the province, it will take a bit of time for the new products to be shipped and pass through distribution centres before hitting legal retail shelves, Kovacevic added.

Cannabis companies have high hopes for these new forms of pot, which have higher margins than existing products and can appeal to a broader base of consumers who aren't interested in smoking weed.

A recent report by Deloitte estimated that the Canadian market for next-generation pot products was worth an estimated $2.7 billion annually. Roughly $1.6 billion will be spent on edibles, followed by cannabis-infused beverages at $529 million and topicals at $174 million, it said.

Canopy's biggest investor is Corona beer maker Constellation Brands, which initially acquired 10 per cent of the pot company in 2017 for $245 million in a deal that included collaboration on cannabis-based drinks, then later upped its investment by $5 billion.

Other cannabis companies that have partnered with alcohol giants have also started announcing plans for new products containing tetrahydrocannabinol (THC), the compound that produces a high, and cannabidiol (CBD), a non-intoxicating compound.

Truss Beverages Co., a joint venture between Molson Coors and pot producer Hexo Corp., has developed a CBD-infused spring water and aims to launch various drinks containing THC by the end of the year.

Fluent Beverage Co.-- a joint venture between the world's largest brewer Anheuser-Busch InBev and B.C. pot company Tilray Inc. -- said it was launching CBD drinks as early as December, but it was not yet able to develop a formulation for THC, citing stability as a challenge.

Canopy's next-generation pot goods include its Tweed Distilled Cannabis line, which takes on the flavours of particular cannabis strains.

Kovacevic said its beverages containing THC and or CBD, which include sparkling waters and ready-made mixed drinks using distilled cannabis, are shelf stable at room temperature.

"We've been working on this for years at this point. And so shelf stability was one of the early pieces that was very important for us," he said.

He added that the drinks' onset -- the time before the active ingredients take effect -- would be similar to an alcoholic beverage.

Canopy's market research showed that 80 per cent of non-cannabis users would be interested in trying a pot based drink, and it was key to have products geared to new consumers, Kovacevic said.

"Everyone has heard of someone having a brownie and having a bad experience, getting ahead of that ... was very important," he said.

Potential revenues from the new cannabis products are key given that cannabis companies are coming under more pressure to be profitable.

Constellation said in June that it was "not pleased" with the pot producer's financial fourth-quarter earnings in which it reported a wider-than-expected loss. Canopy later ousted its co-chief executive Bruce Linton in July, and its interim chief executive has said it is shifting from "building" mode to "operating mode."

Earlier this month, cannabis company Hexo Corp. pulled back its fourth-quarter revenue expectations and cut 200 positions, citing industry pressures such as a slow pot retail rollout. Hexo also launched a one-ounce dried cannabis product with low-pricing in a bid to undercut the illicit market shops, and bring in more consumers.