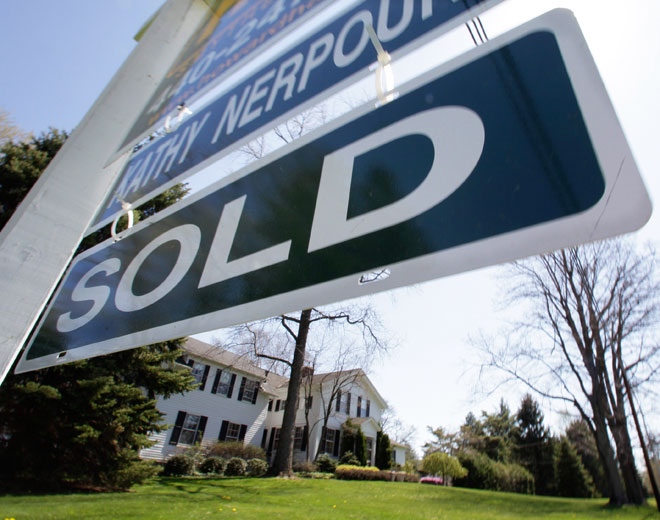 A sold sign hangs outside an existing home that was for sale on Monday, April 27, 2009. (AP / Amy Sancetta)

TORONTO -- The number of new homes sold in September in the Greater Toronto Area was up four per cent from the same month last year, but 2013 is shaping up to be the weakest year in a decade, according to industry figures.

In the first nine months of this year, there were 19,327 new homes sold in the GTA -- 44 per cent below the 10-year average, according RealNet Canada figures released by the Building Industry and Land Development Association.

BILD attributes the weak sales activity to a significant reduction in the supply of land for building, which has pushed up prices.

High rises accounted for 1,204 of the sales last month, or 51 per cent of the total.

"Constrained land supply has caused land prices to increase dramatically over the past decade, particularly in the low and medium density sectors where it has grown as much as 237 per cent," said BILD President and CEO Bryan Tuckey.

"This has resulted in a considerable reduction in sales, and the economic effects will likely be felt within a few years."

The RealNet New Home Price Index, also published by BILD, showed a six per cent increase in the low-rise sector over September 2012, bringing the price to $658,869.

The price per square foot in the high-rise sector grew modestly but unit pricing declined by one per cent to $432,853 as unit size decreased by two per cent.