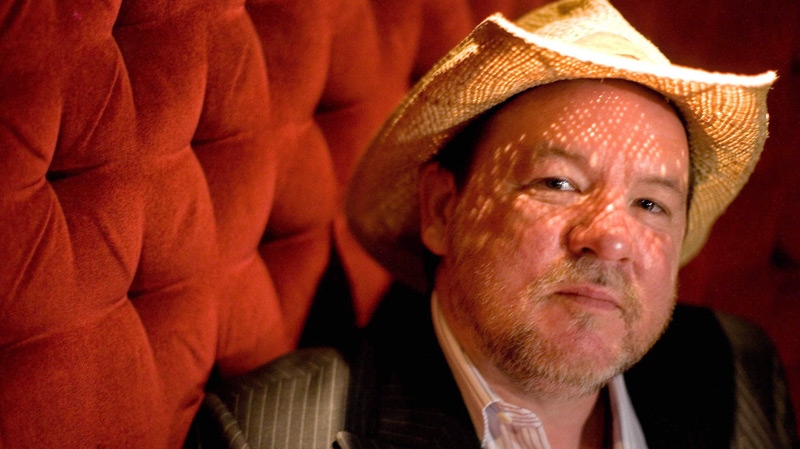 Director Bruce McDonald poses for a photo as he promotes his new film 'This Movie is Broken' at The Drake Hotel in Toronto on Wednesday, June 9, 2010. (Chris Young / THE CANADIAN PRESS)

TORONTO - Canadian director Bruce McDonald says he's reuniting with his "Highway 61" writer and star Don McKellar for a new film and is eyeing a movie project that would feature music by the band Stars.

The prolific filmmaker is keeping details under wraps but says the McKellar collaboration is a Western tale based on a Canadian novel.

He says McKellar, who co-wrote and co-starred in McDonald's early features "Roadkill" and "Highway 61," would write while McDonald would direct.

Like McDonald's Broken Social Scene concert film, "This Movie is Broken," the Stars project would include a fictional storyline, actors and a soundtrack from the band.

He says he's already got a script from Daniel Handler, better known as the children's author Lemony Snicket.

McDonald says he's not sure to what extent band members would appear in the film, noting it's not a concert movie.

"They might have a part in it," McDonald said earlier this week when he attended the Toronto Film Critics Association awards.

"I know (singer) Amy (Millan) has done acting before and Torquil (Campbell), the singer, also comes from a fantastic family of actors.... They're part of the creation of the story so it's one of those things, we'll see."

In the meantime, McDonald says he's sitting down with his pal McKellar to polish a script for the unnamed period piece.

"Don and I actually have a great relationship -- we worked together on a number of films and we're neighbours, we're good friends," he says.

"It's a real pleasure to work not just with somebody that you just get along with but somebody who's top at what they do."

The projects are keeping McDonald busy while he waits for word on his other big-screen venture -- the $25-million thriller "Dark Highway."

McDonald says he's hoping to confirm Nicolas Cage as the movie's lead. It's about a man who is being chased but can't distinguish between reality and imagination.

"Now it's all about timing, and everybody's schedule," McDonald says of when shooting might begin.